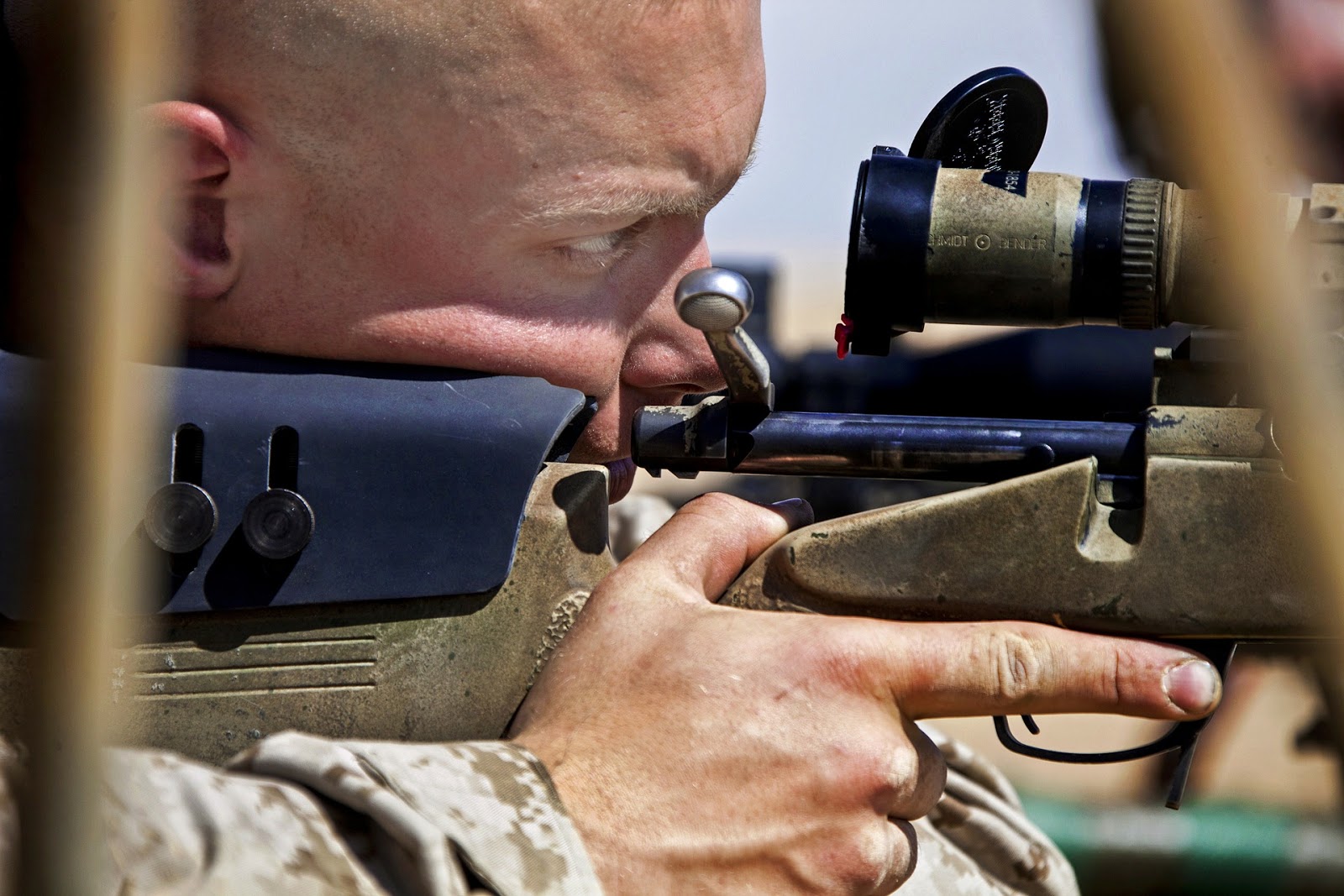 So often, war movies rely on massive weaponry and thousands of bullets to create their drama. There’s nothing wrong with that but it’s a far harder achievement to show the cost of war through one man’s eyes.

Snipers are those men — possessed of almost mythical powers in war but all too human off the battlefield.

Here are what I consider to be five of the best sniper movies of all time:

What it’s about: Real-life Navy S.E.A.L. sniper, Chris Kyle, became the deadliest sniper in US history over the course of his four tours of duty in Iraq. But the film shows how his grisly expertise — honed from a childhood hunting with his dad — begins to take a terrible toll on his family, his home life and his state of mind.

Returning home, damaged and confused, Kyle discovers that other returning veterans are also suffering from PTSD and resolves to help himself by helping them. Too late, though, Kyle is brutally murdered by a disturbed young vet whom he has befriended.

Why I liked it: American Sniper shows how the U.S. military treats soldiers like Kyle as valuable assets but not men with actual feelings and psychological needs. The movie was very sad but very eye-opening.

Why you should see it: Although American Sniper is a true story, its ending will both shock you and make you proud that America still has patriots like Chris Kyle.

What it’s about: As the vast German army swarms across Eastern Europe during World War II, the battle of Stalingrad becomes vital to the Allied cause. Against that backdrop, Vasily Zaitsev, a humble shepherd blessed with amazing shooting ability, has joined the Red Army and become a beacon of hope in helping them hold the line against the Germans, one bullet at a time.

Vasily meets his match in a shootout with a German sniper and their pitched battle — made even more emotional by Vasily’s wartime love affair with a female private in the local militia, Tania Chernova — feels like a true battle between good and evil.

Why I liked it: Enemy at the Gates is passionate, suspenseful and epic in its scope. The acting, with Jude Law as Vasily, Rachel Weisz as Tania and Joseph Fiennes as Danilov, Vasily’s superior officer and competition for Tania’s affections is outstanding. Both the battle and love scenes are very, very memorable.

Why you should see it: The movie tells a little-known story of WWII on the Eastern Front and does a great job of contrasting the vastness of Russia with the one-on-one relationships between Vasily, Tania, Danilov and the relentless focus of the German sniper.

Watch a great sniper scene from Enemy at the Gates here:

What it’s about: Anthony Swofford is a U.S.

+Marine, trained in the dark arts of killing and putting bullets accurately downrange. When he is actually deployed in the Persian Gulf War, however, Swofford finds a very different reality: turns out, he must deal, not with battle, but with the crashing boredom of waiting for a chance to engage with the enemy.

Why I liked it: Call me a sucker for “hanging around the base” Iraq war movies (see my blog post on Generation Kill) but I love the behind-the-scenes give and take of soldiers forming the tight bonds that will serve them well in battle.

Why you should see it: Swofford’s book, Jarhead, upon which the movie is based, set the standard for cynical, insightful modern war reporting, and it’s fun to watch the birth of the no-action action movie genre.

What it’s about: Three years after a mission goes wrong and he loses his sniper spotter, marksman Bob Lee Swagger has retired to a life of peaceful exile. Brought out of retirement to help foil a plot to kill the President, Swagger ends up being framed for the attempt and must use his training to survive and clear his name.

Why I liked it: What’s not to like? Mark Wahlberg as Swagger, Training Day director Antoine Fuqua, intrigue, suspense and treachery.

Why you should see it: This movie proves that wars don’t just take place on the battlefield and you don’t have to be in uniform to display guts, wits and courage.

What it’s about: After narrowly surviving the bloody battle of Normandy, Private Jackson joins a squad of his peers for an even more dangerous mission, locating Private Ryan, the only one of four brothers to survive D-day. Deep behind enemy lines, the U.S. Army fights to find one of their own and Jackson must use his exceptional sharpshooting skills to bring his comrades all home alive.

Why I liked it: Saving Private Ryan is probably my favorite war movie of all time. It covers all the bases all the time.

Why you should see it: Quite simply, you can’t call yourself a war movie aficionado without seeing it. But there’s no reason to stop at one viewing. Watching multiple times for multiple reasons only adds resonance to director Steven Spielberg’s Oscar-winning achievement.