It goes without saying that D-Day was one of the largest and most pivotal engagements in military history. Countless elements had to converge perfectly for the Allies to achieve success.

While the storming of the beaches and the airborne operations usually take the spotlight, the mission led by the 2nd Ranger Battalion was no less vital.

That is exactly what you’ll see in the riveting documentary, “D-Day at Pointe-du-Hoc,” where Rangers helped make the invasion of Normandy the success the world celebrates today.

Training a New Kind of Warrior

World War 2 ushered in the need for a new breed of soldier — highly trained in navigation, hand-to-hand combat and mountaineering skills. The ultimate result was the Ranger Battalions.

The 1st Ranger Battalion began training in Northern Ireland in 1942 and saw combat in the Dieppe Raid and in Northern Africa. By June of 1944, there were five Ranger Battalions stationed in the European Theater and the 2nd through 5th were itching for a fight.

Scale the Cliff and Dismantle the Guns

In May of 1944, the 2nd Ranger Battalion finally received its orders: Their objective was to take Pointe-du-Hoc, an outcropping on the cliffs between Omaha and Utah beaches, where aerial surveillance showed six German artillery cannons standing ready to bombard the advancing Americans. 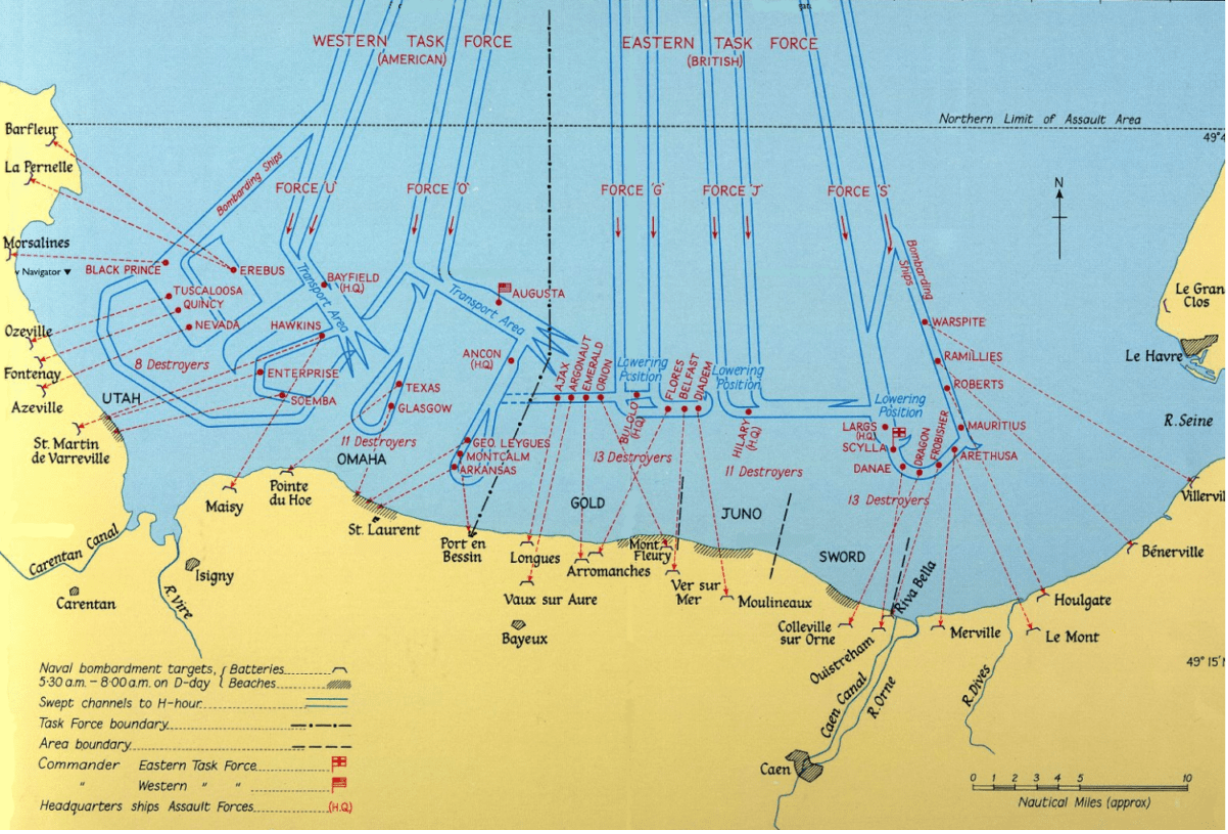 Surveillance also indicated that the Rangers would need to scale a 100-foot cliff when they arrived, equivalent to climbing a nine-story building using only a flimsy rope ladder. And they needed to secure Point-du-Hoc by 7:00 a.m. that morning to dismantle the guns that threatened the Allied beach landings.

Luckily, the Germans weren’t expecting an invasion there, thinking that an attack on the cliffs couldn’t possibly be attempted from the sea.

Overcoming Obstacles to Disable the Cannons

On June 6th, the 2nd Ranger Battalion boarded British ships, then transferred to landing craft and the mission was underway. Bomber aircraft and navy ships shelled D-Day at Pointe-du-Hoc to soften the target, while the 5th Ranger Battalion was dispatched to secure the key town of Vierville-sur-Mer further inland.

Of course, no plan survives first contact. The seas were rough, the Rangers’ navigation went down and the landing craft initially headed in the wrong direction. That discrepancy allowed for the Germans to notice the troops and prepare to counter-attack.

But the Rangers pushed on and with the help of the continued bombing, secured their objective, only to discover that cannons were gone — moved to another location, and replaced with decoys.

The cannons were eventually found hidden in a nearby apple orchard, and even though there were enemy in the area, the artillery had been left unattended. Ranger troops disabled the cannons by using thermite grenades and breaking the scopes.

The Rangers fought off the final Germans and the mission became a massive success, despite massive casualties. Out of the 225 men who started the fight, only 90 survived.

In 1960, the French government dedicated a monument that commemorates the men who fought and died at Pointe-du-Hoc.

Want to appreciate the 2nd Ranger Battalion’s courage for yourself? Check out the documentary. “D-Day at Pointe-du-Hoc” on Amazon Prime and watch this fascinating chapter of World War II history come alive.

Meanwhile, if you don’t have access to Amazon Prime or simply want to know more about the taking of Pointe-du-Hoc, be sure to watch this short YouTube video, where Ranger veterans share their memories of surviving that hair-raising day.