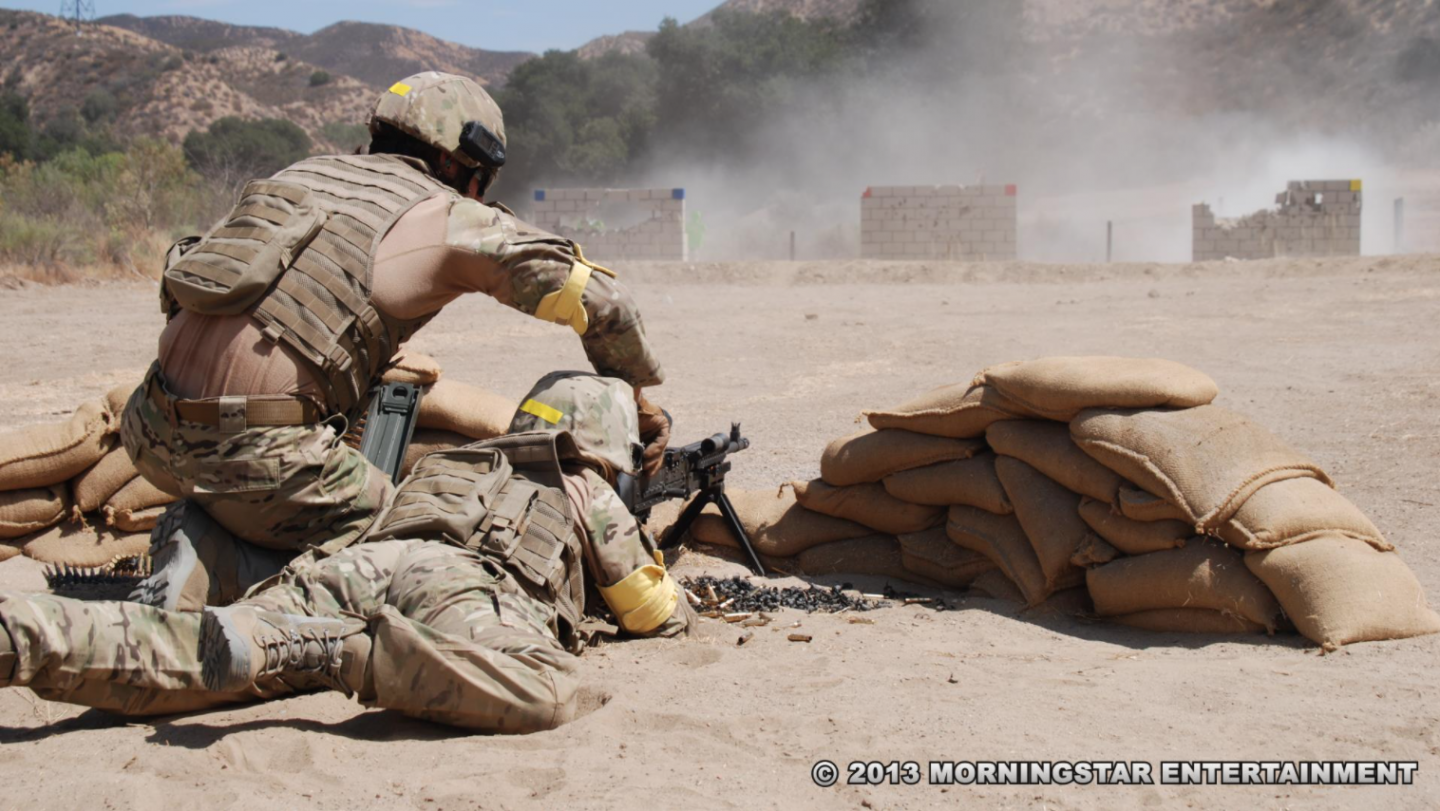 With theaters closing right and left and not a single new war movie release on the horizon, I’ve been on a mission to mine for undiscovered treasure on Netflix, Amazon, Vudu and YouTube.

And boy, has History (formerly known as The History Channel) delivered the mother lode of reality show gold! In recent posts, I’ve put The Warfighters, Navy SEALs: America’s Secret Warriors, Human Weapon, and The Selection, on your radar. This week, I’m adding Ultimate Soldier Challenge to your must-watch list.

Which Country Will Win?

Ultimate Soldier Challenge is the ultimate military reality competition. It’s based on the premise that the elite special forces soldiers of the world may fight for different countries but they all share the same training and mindset of physical and mental toughness.

So whether those special forces soldiers wear the uniform of Britain’s SAS and RAF, Russia’s Spetsnaz, Norway’s FSK, Israel’s Sayeret Matkal or the U.S.’s own Navy SEALs, Army Rangers, Green Berets or 82nd Airborne, they represent a breed apart that has triumphed over the hardest training devised by man.

But which country will triumph when their combat elite go head-to-head against each other?

Three Special Ops Units but Only One Winner

Each episode of Ultimate Soldier Challenge pits three special operation units from three different countries against each other and pushes them to their limits. Through their performance on tests such as who has the quickest draw and sharpest aim, the soldiers demonstrate their skills, wits and training.

An added bonus of the series is the narration from former Navy SEAL and host Richard “Mack” Machowicz. Machowicz, who died of brain cancer in 2017, lives on in these episodes as an inspirational and authoritative presence.

And the Last Unit Standing Is?

At the end, only one group is left standing and can officially be called the best in the world. Who will it be?

Check out the first episode of Ultimate Soldier Challenge here: