The Medal of Honor is the United States military’s highest award for valor. It is awarded for “conspicuous gallantry and intrepidity at the risk of life above and beyond the call of duty.”

Fascinating Facts About the Medal of Honor

Only 3,506 military personnel in the history of our country have ever received this honor and there are only 68 living recipients. Amazingly, 19 recipients have received the Medal of Honor twice, though not since World War 1.

Each branch of the service has a slightly different version of the Medal of Honor.

All enlisted personnel, officers (including generals), and even the President of the United States as Commander in Chief, must salute Medal of Honor winners.

Clearly, this kind of bravery is perfect for a great war movie. Here are three examples not only of great courage, but of great movie making:

During the Battle of Mogadishu, two Black Hawk helicopters are shot down and quickly surrounded by Somali militia. Not knowing if the pilot and crew are still alive, two Delta Force snipers, Gary Gordon and Randy Shughart, volunteer to secure the crash until more troops can arrive.

Severely outnumbered, they save the remaining living pilot, but return to the battle where both are ultimately killed.

Watch the scene from Black Hawk Down here:

During a reconnaissance mission in Afghanistan to locate a high-ranking Taliban member, four Navy SEALs find themselves in a brutal firefight to get out alive. The unforgiving terrain makes calling for help impossible.

Lieutenant Michael Murphy, the team’s leader, moves to an exposed cliff to use a satellite phone and contact the help the team desperately needs. Murphy successfully makes the call, but time runs out and he is killed immediately after.

During the grisly battle of Hacksaw Ridge on Okinawa in World War II, a battalion of Army soldiers scale a 400-foot cliff to engage the enemy. They are quickly bombarded by gun fire, artillery and mortar fire and casualties are quickly piling up.

Private First Class Desmond Doss, who is a conscientious objector serving as a medic, braves the vicious situation completely unarmed as he tends to getting the countless wounded to safety. As the battalion retreats down the cliff, Doss refuses to leave his wounded comrades, giving aid and even lowering soldiers down the cliff with ropes. Doss became the first of only two conscientious objectors to win the Medal of Honor.

Watch and Listen to Living History 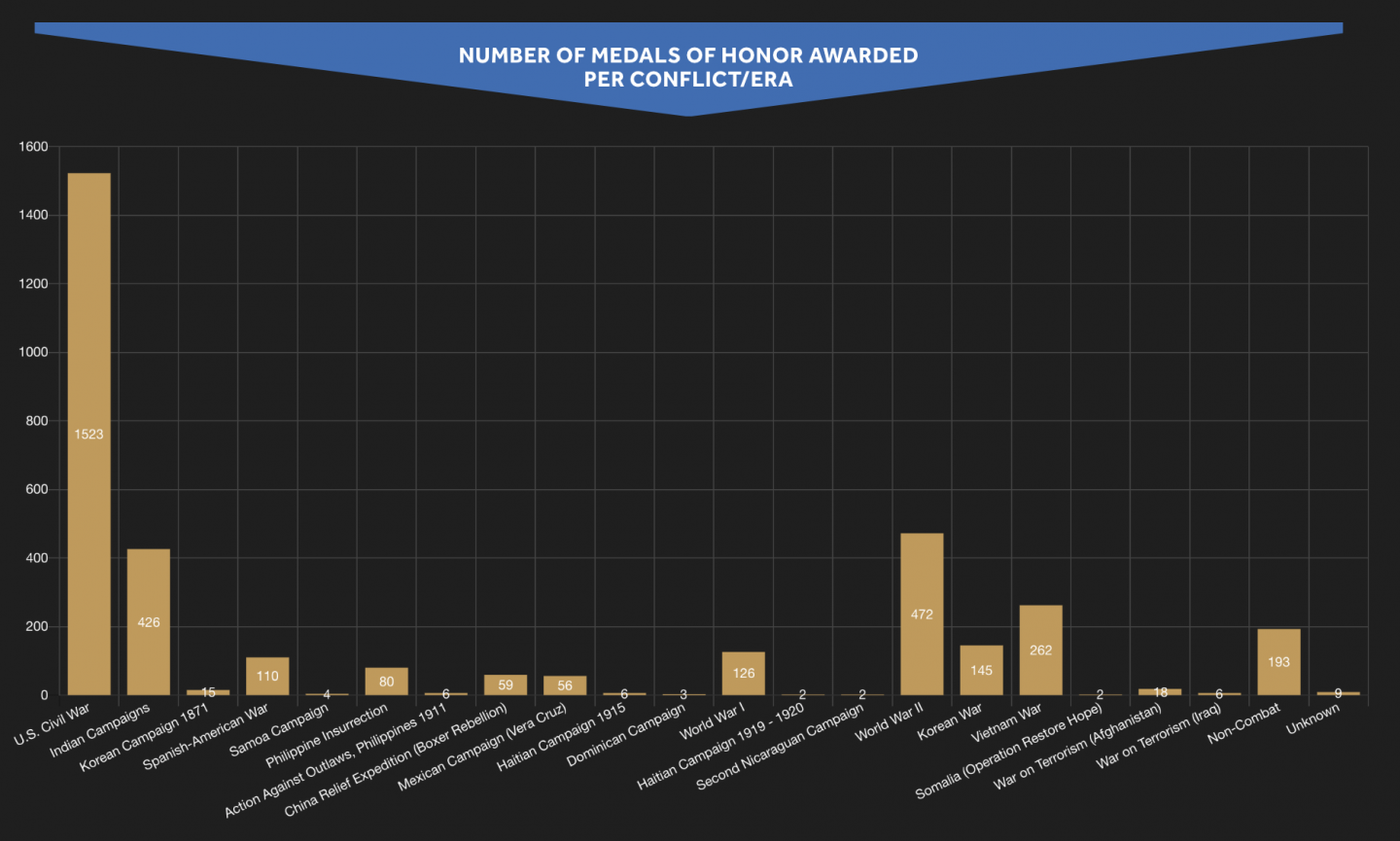 The Medal of Honor was created in 1863 during the Civil War.

Head to the site to watch and listen to living Medal of Honor recipients like Kyle Carpenter, Clint Romesha and even Desmond Doss in their own words in a series of moving videos.

For another great resource, explore the National Medal of Honor Museum website here. The Museum is scheduled to open in 2023 in Arlington, Texas but meanwhile, the website contains a terrific section highlighting books by and about Medal of Honor recipients and some great video footage of the recent film The Outpost.