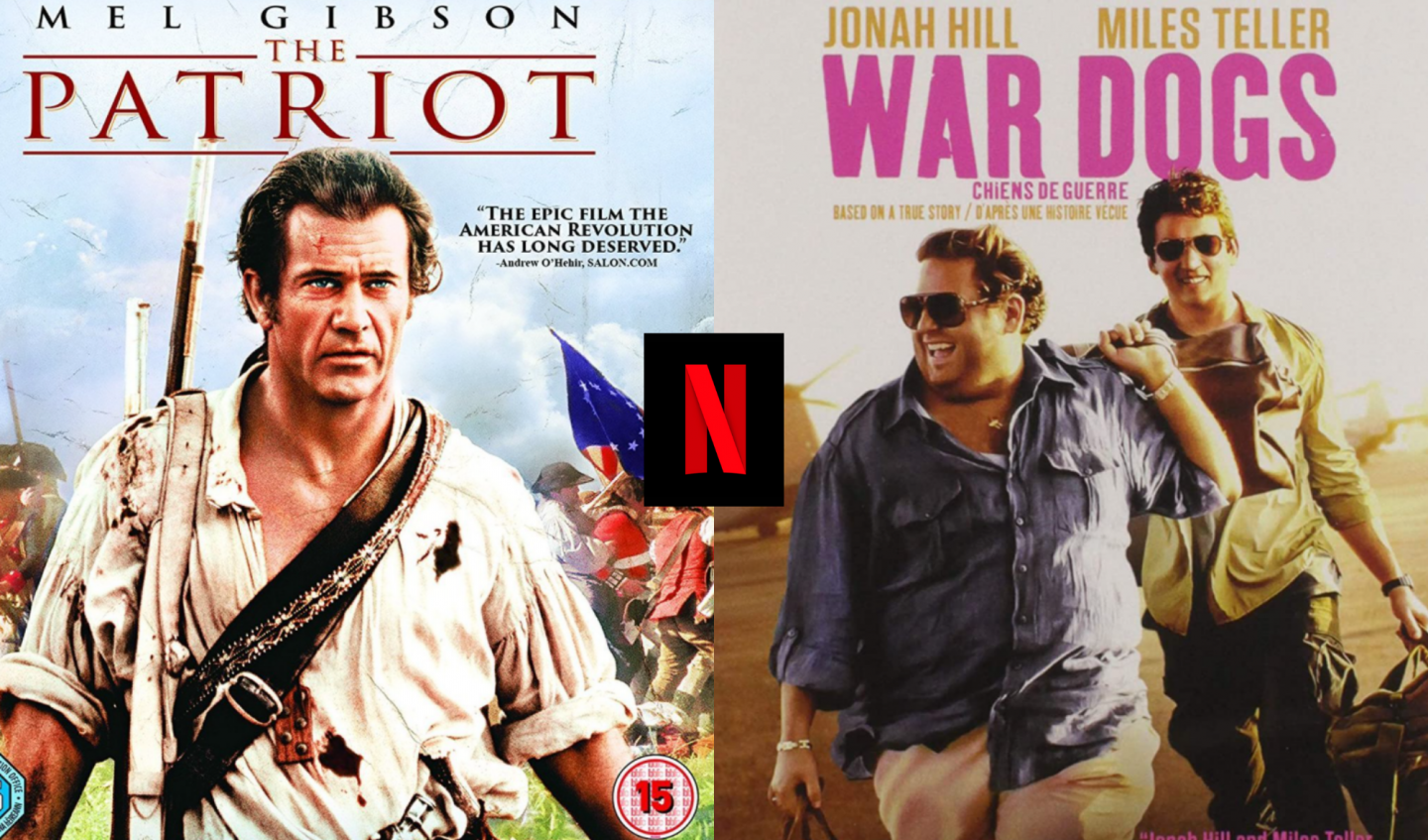 Arriving on Netflix in Early February

So what does Netflix have arriving for us war movie fans this month?  Two great classics will kick off February:

Director Roland Emmerich’s Revolutionary War drama The Patriot, starring Mel Gibson and the late Heath Ledger in one of his earliest screen roles is action-packed and inspirational.

I first saw The Patriot in Paris on July 4, 2000 and I remember the French audience cheering and clapping with joy, even though they were watching it in English with subtitles. I may have aged a bit since then but the film hasn’t lost a bit of its power.

In fact, now just might be the perfect time in our nation’s history to watch it again as a reminder of what our founding fathers fought for and why we love our country.

Read why I think The Patriot is a must-see war movie here.

Watch the trailer for The Patriot here:

As I said in my original review, War Dogs has plot enough for seven movies, plus an unforgettable cameo from Bradley Cooper and a delightful appearance by a very young Anna de Armas.

Director Todd Phillips — fresh off the Hangover trilogy when he made War Dogs — gives the movie a buzzy, antic charm that’s even more remarkable when you realize that the whole … darn … story actually happened.

Drop a line in the comments and let me know whether you agree that The Patriot and War Dogs are as timely as ever.