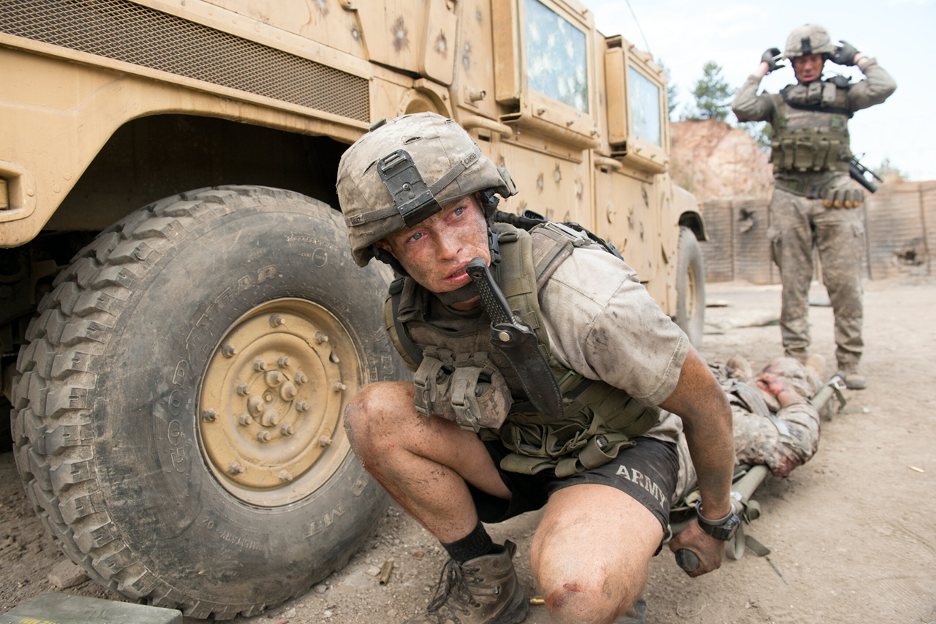 I streamed The Outpost the second it came out this past Friday, July 3rd, and it was even more amazing than I could have predicted. The film is an instant war movie classic, right up there with Black Hawk Down and Lone Survivor. I can’t recommend it highly enough.

The early reviews had prepared me for a film of exceptional realism but I wasn’t expecting to feel like I was right there, crouched behind the HESCOS at COP Keating and fighting the Taliban to survive.

But the attention to detail in setting and set design, combined with the nimble, hand-held camera work, put me right in the action the whole time and my racing heart is just now slowing down.

From my previous post you know that The Outpost is the story of one of the bloodiest battles in the 19-year history of the war in Afghanistan.

The film covers the events leading up to and during the October 3, 2009 Battle of Kamdesh, in which nearly 300 well-armed Taliban insurgents attacked the 120 men of the U.S. Army’s Black Knight Troop (3-61 Cavalry, 4th Brigade Combat Team, 4th Infantry Division) and the Afghan National Army based at COP (Combat Outpost) Keating in the mountainous Hindu Kush area of eastern Afghanistan.

Ironically, COP Keating was about to be closed when the Taliban attacked, having outlived its original mission to stop the flow of soldiers and munitions arriving from nearby Pakistan and to support counterinsurgency efforts in the nearby villages. COP Keating had turned out to be a terrible location, surrounded on three sides by mountains. Highly visible yet cut off from civilization, COP Keating could only be resupplied by helicopter in the dead of night.

In the course of the 13-hour assault, COP Keating was overrun and all but destroyed. Eight Americans were killed, with 22 US servicemen and five Afghan nationals wounded. Two Army staff sergeants performed acts of valor that would lead to their later being awarded the Medal of Honor by President Obama. A total of 27 soldiers earned medals that day, including the Distinguished Service Cross, the Silver Star, the Bronze Star and the Distinguished Flying Cross.

For more on the timeline of the battle and more Army photos of the real COP Keating, visit the National Medal of Honor Museum’s website here. 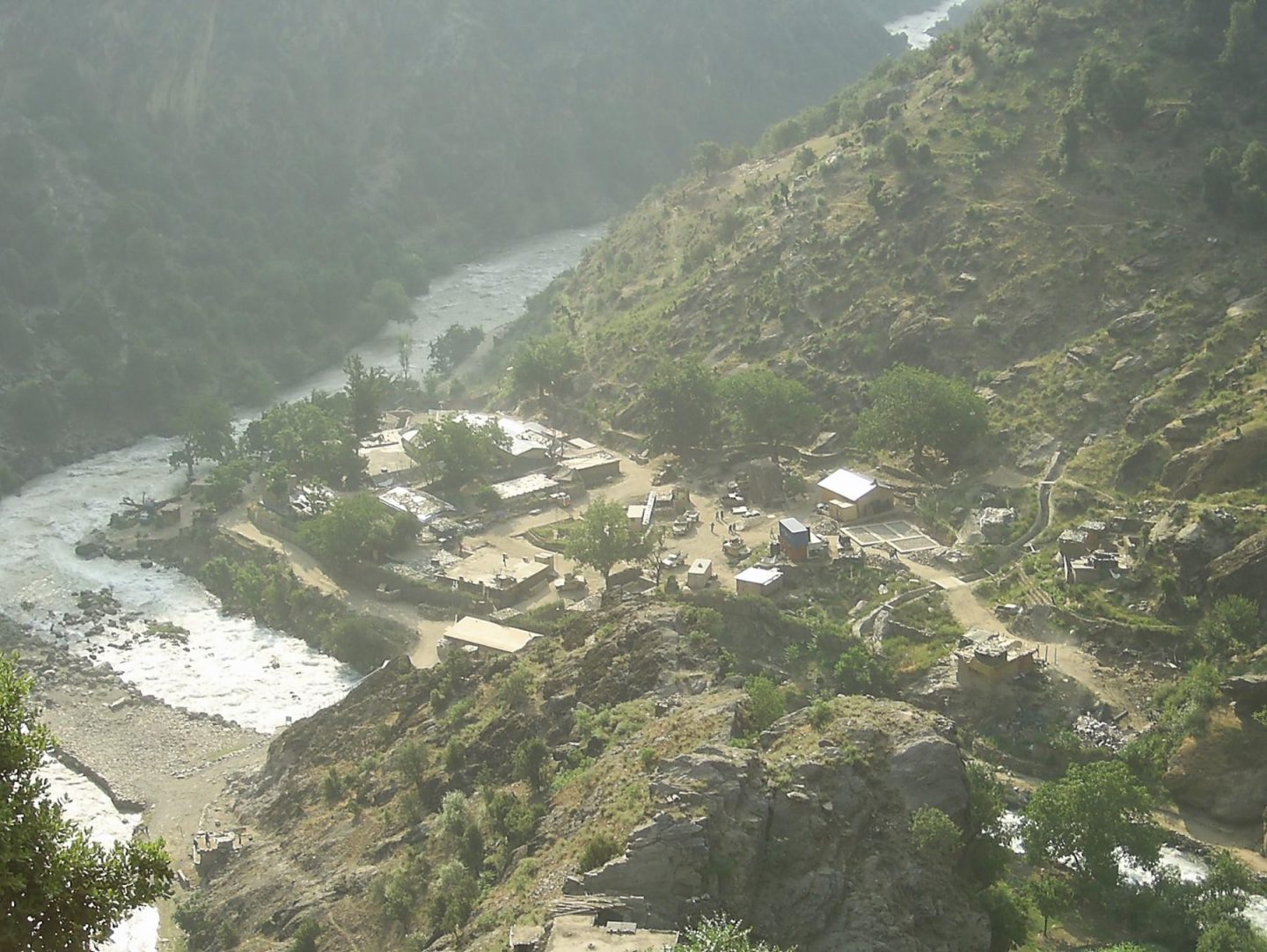 COP Keating was surrounded on three sides by the steep mountains of the Hindu Kush. 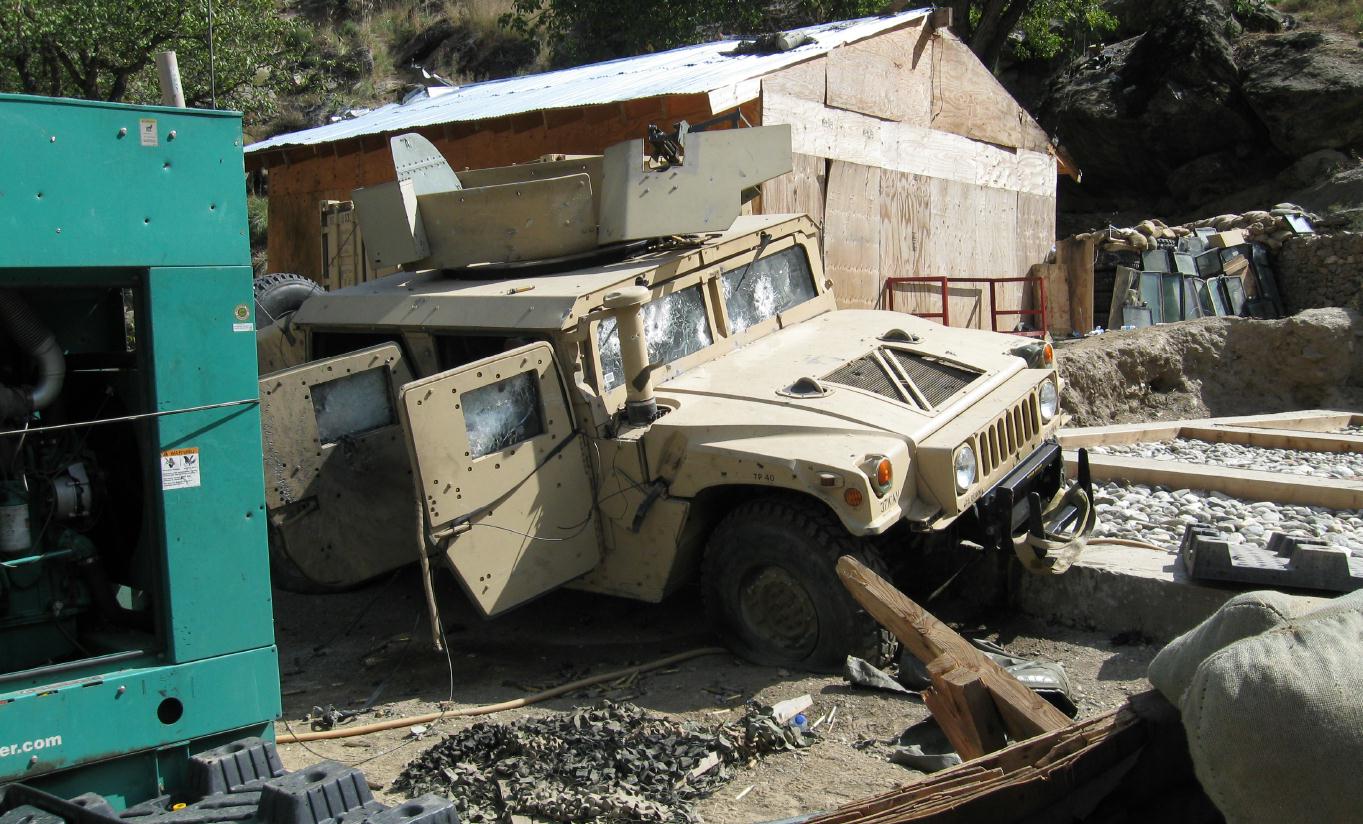 Taliban fighters breached the perimeter of COP Keating and the base was destroyed. This is a real US Army photo, not a shot from the film.

With all that heroism on display, the characters could have easily come across as cartoonish or two-dimensional. It is a tribute to the acting that the film establishes such an instant bond of brotherhood with the viewer.

Scott Eastwood, playing Staff Sergeant Clint Romesha, is boyish and humble. Caleb Landry Jones as Staff Sergeant Ty Carter is a pillar of strength during the battle but suffers from PTSD to this day in real life. The scenes of Carter at home stateside talking with his psychiatrist are among the most moving of the entire film.

I was surprised that Orlando Bloom actually had a relatively small part, but he did a great job and it was great to see him back in a war movie after all these years since Black Hawk Down.

The ensemble acting was a high point, both during the scenes around camp before the battle, and in the heat of the fire fight sequences. 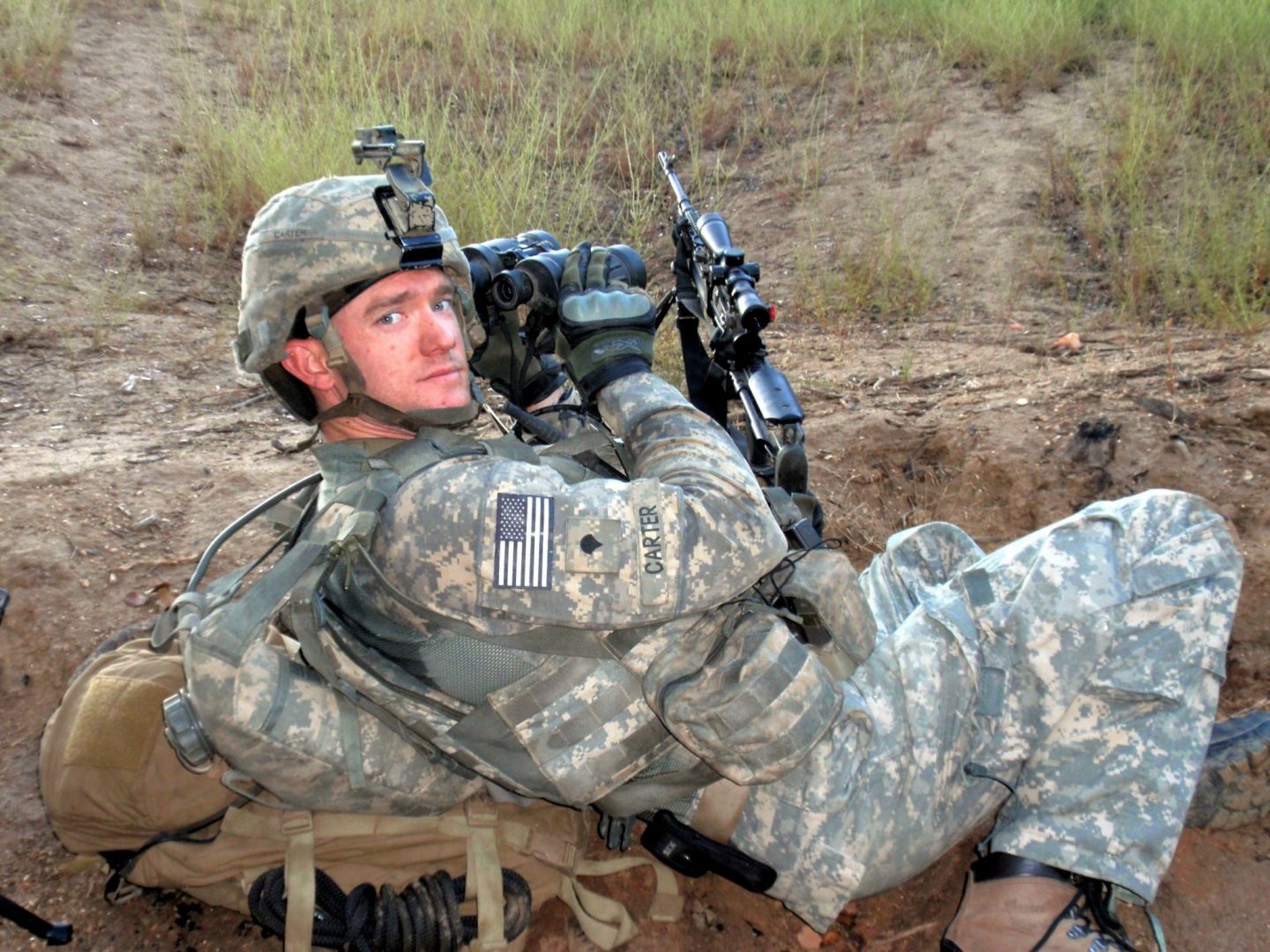 See This Movie! That’s an Order!

All of this is a tribute to director Rod Lurie, a West Point grad and former soldier himself, who was determined to bring Jake Tapper’s book “The Outpost: An Untold Story of American Valor” to life in the most powerful way possible. He has achieved success with this visceral, unvarnished portrait of modern war.

Your orders are simple:  See this movie, whether you venture out to a theater or stream it from the socially distanced comfort of home. Here’s an updated listing of your viewing options.

The year 2020 may not be off to a very promising start in a lot of ways, but The Outpost has just given us the finest war movie of the year and you deserve to see it.

Here’s a just released behind-the-scenes featurette to inspire you: