Clint Eastwood plays Blondie, also known as The Man With No Name.

Legendary film composer Ennio Morricone died this week on July 6th at the age of 91. During a career that spanned seven decades, Morricone scored more than 500 films, including Once Upon a Time in America, The Untouchables, Days of Heaven, The Mission and Cinema Paradiso.

Morricone received an honorary Oscar in 2007 and went on to win another in 2016 for his work scoring superfan Quentin Tarantino’s The Hateful Eight.

But in Morricone’s long career, no film stands as a greater crowning achievement than his music for The Good, the Bad and the Ugly. TGTBTU is the final installment of Morricone’s collaboration with his childhood friend, director Sergio Leone, on the so-called “spaghetti western trilogy” that also includes A Fistful of Dollars and For a Few Dollars More.

“This is all very interesting” I hear you saying, “but what does any of this have to do with war movies?”

Well, more than you think, actually. Although The Good, the Bad and the Ugly was the brainchild of an Italian director and composer — and shot in the Almería desert in Spain — the film’s plot is set against the backdrop of the American Civil War. (Ironically, Almería, was the site of much of the Spanish Civil War fighting in 1937.)

In the film, Blondie (Clint Eastwood), Tuco (Eli Wallach) and Angel Eyes (Lee Van Cleef) are traveling the American southwest looking for a fortune in stolen Confederate gold supposedly buried in a grave at a Civil War cemetery somewhere in New Mexico.

Disguised as Confederate soldiers at one point during their epic search, Blondie and Tuco encounter a group of Union soldiers. They mistake the soldiers for friendly Confederate troops due to a thick coating of gray dust on their blue uniforms and are captured and thrown in a Union prison camp. There, they encounter Angel Eyes, who is also seeking the gold and hiding out disguised as a Union sergeant.

Tuco and Blondie escape from the prison camp and head to the cemetery, but their way is blocked by Union and Confederate forces, both fighting for possession of a narrow wooden bridge. Blondie and Tuco blow up the bridge with dynamite and finally arrive at the cemetery, where they are surprised to find Angel Eyes already waiting.

Here, I digress for a moment to note that something like the events above actually happened. During the fall of 1861, Confederate General Henry H. Sibley set out to seize the gold bullion stored at the Denver Mint, reasoning that such a raid would be easy pickings and would give the South tremendous bargaining power.

Sibley enlisted 3,700 volunteers from Texas and embarked on a 1,200-mile march from San Antonio to El Paso, moving north along the Rio Grande. His 4th, 5th and 7th Texas Mounted Volunteers captured Albuquerque and Santa Fe in New Mexico before 1,200 of Sibley’s men met 850 federal soldiers from Ft. Union at Glorieta Pass on March 28, 1862.

After a six-hour battle, Union troops blew up Sibley’s supply train, forcing the Confederates to bury their dead in New Mexico and begin their long retreat back home. Had Sibley won at Glorieta, Confederate troops could have made an unobstructed 375-mile march straight to Denver and the war might have ended very differently. 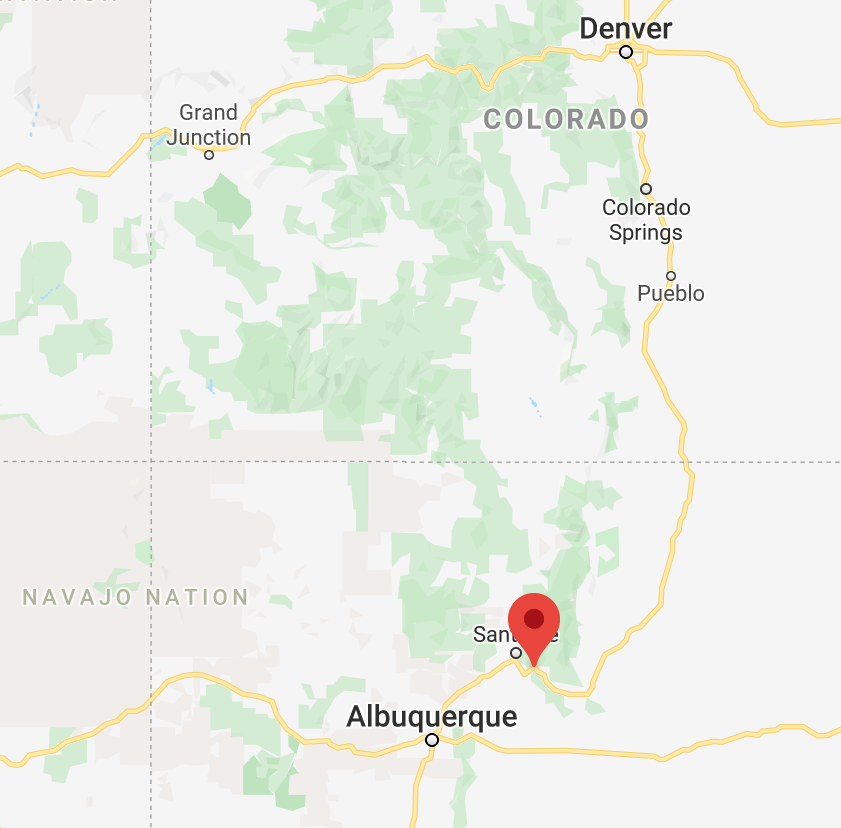 Sibley’s target, the gold stored at the Denver Mint, would have been within easy range if Confederate troops had won at the Battle of Glorieta Pass.

Gunfight in a Confederate Cemetery

As for our three gold-seeking gunslingers, their final duel scene is epic and iconic. I won’t spoil it but throughout, Morricone’s score, by turns elegiac, suspenseful and full of bizarrely original sound effects, takes the action to a whole new level. 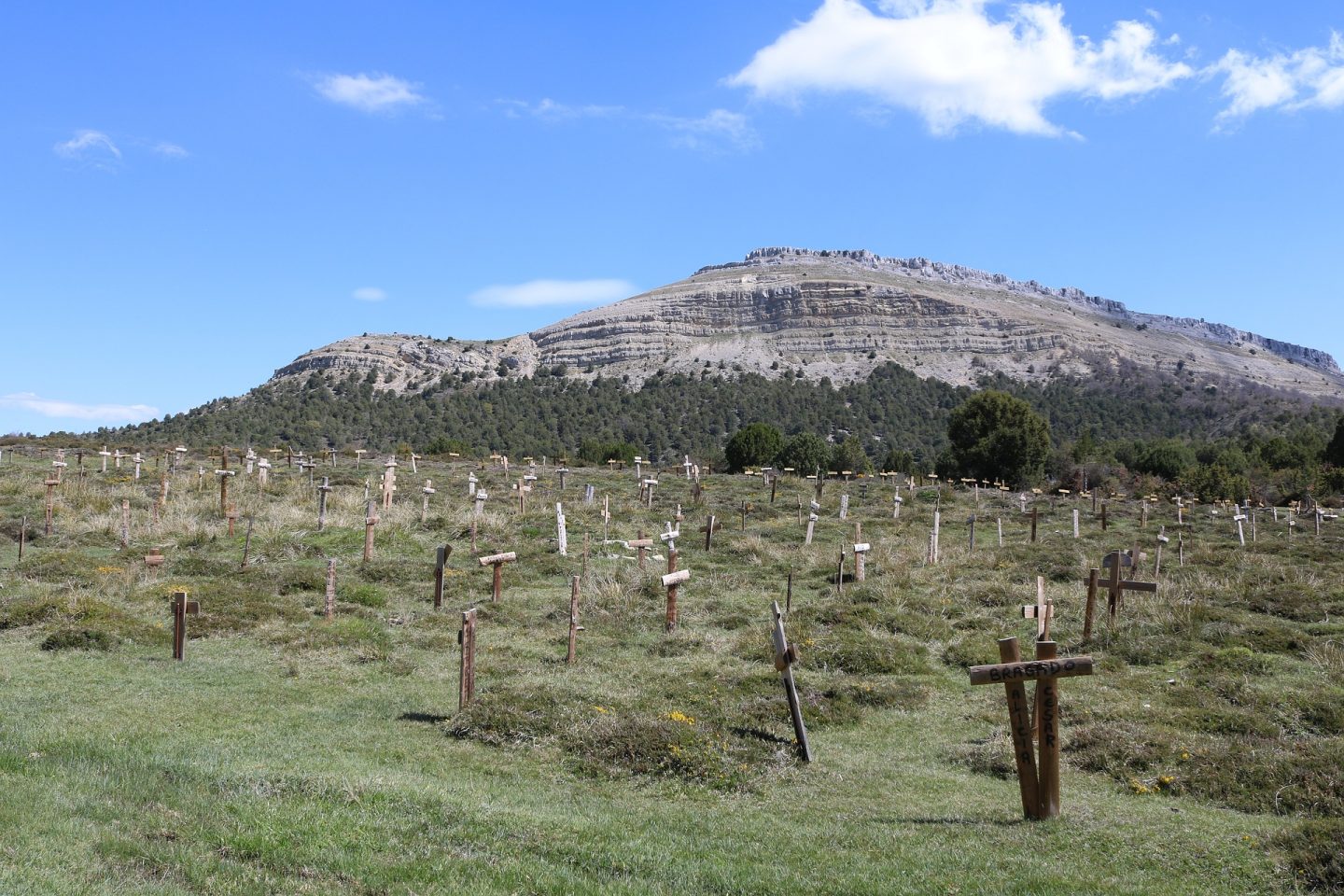 Sad Hill Cemetery in Spain, which served as the stand-in for the Confederate cemetery in New Mexico where the final gun battle takes place. To this day, dedicated Spanish history and film buffs preserve and care for Sad Hill Cemetery. It’s on MY bucket list for sure!

The Good, the Bad, and the Ugly is long, but it’s a masterpiece. Be sure to watch the fully-restored, uncut, post-2003 letterboxed version, the better to take in every nuance of the scenes in the cemetery where Tuco runs among the graves and at the final gunfight.

This is not the Civil War as you’ve ever seen it before. But thanks to Morricone’s score, The Good, the Bad and the Ugly will live on your memory forever.

For a great trailer with lots of actual Civil War action:

For the graveyard scene featuring Morricone’s “Ecstacy of Gold”:

For the gunfight scene featuring Morricone’s masterful use of suspenseful sound effects:

For a documentary on the spaghetti western genre: