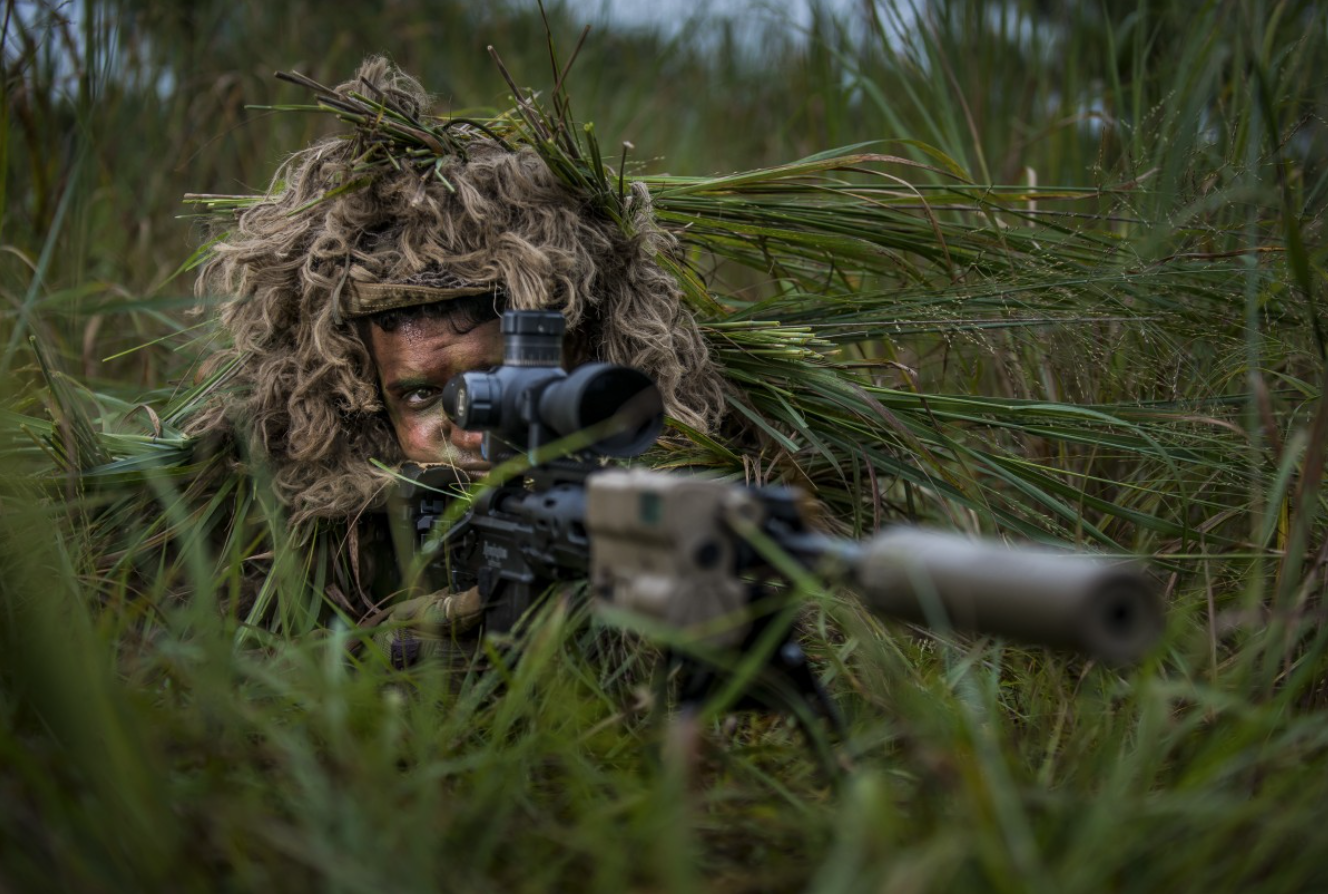 Since the invention of firearms, snipers have commanded the power to deliver death right from their fingertips.

Cloaked in mystery and unseen in the shadows, snipers combine nerves of steel, a brilliant command of physics and a gut instinct for human behavior to eliminate — and intimidate — their enemies.

So it’s no wonder that snipers and the stories of their longest shots have become the stuff of movie legend in such unforgettable films as American Sniper, Jarhead and Enemy at the Gates.

Every competition needs a record to beat and when it comes to the longest shot, one sniper stands above the rest. In the history of modern war, a single shot that was previously considered impossible holds the distance and difficulty record by far.

That shot, for the record books, happened in May 2017, in Mosul, Iraq. It was the work of an unnamed Canadian sniper assigned to Joint Task Force 2 who engaged an ISIS terrorist at 3,540 meters. For those of you who don’t speak metric system, that’s over two miles … 35 football fields … 40 big-city blocks. 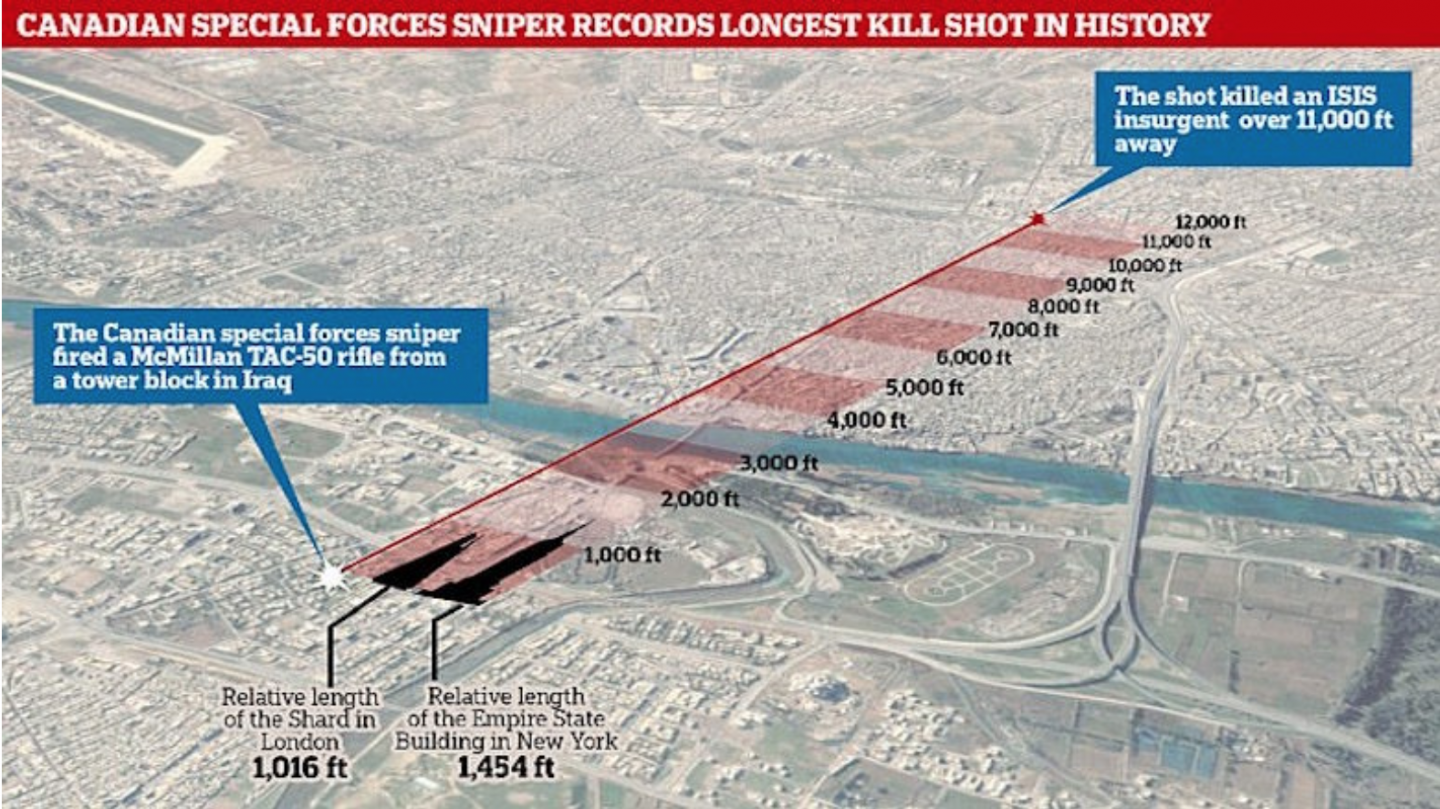 Using a McMillan TAC-50 sniper rifle and a 50 BMG cartridge, the sniper’s shot doubled the rifle’s effective range. The bullet traveled for an astonishing ten seconds before hitting its target and that single unbelievable shot shattered the previous sniper record by over 1,000 meters. 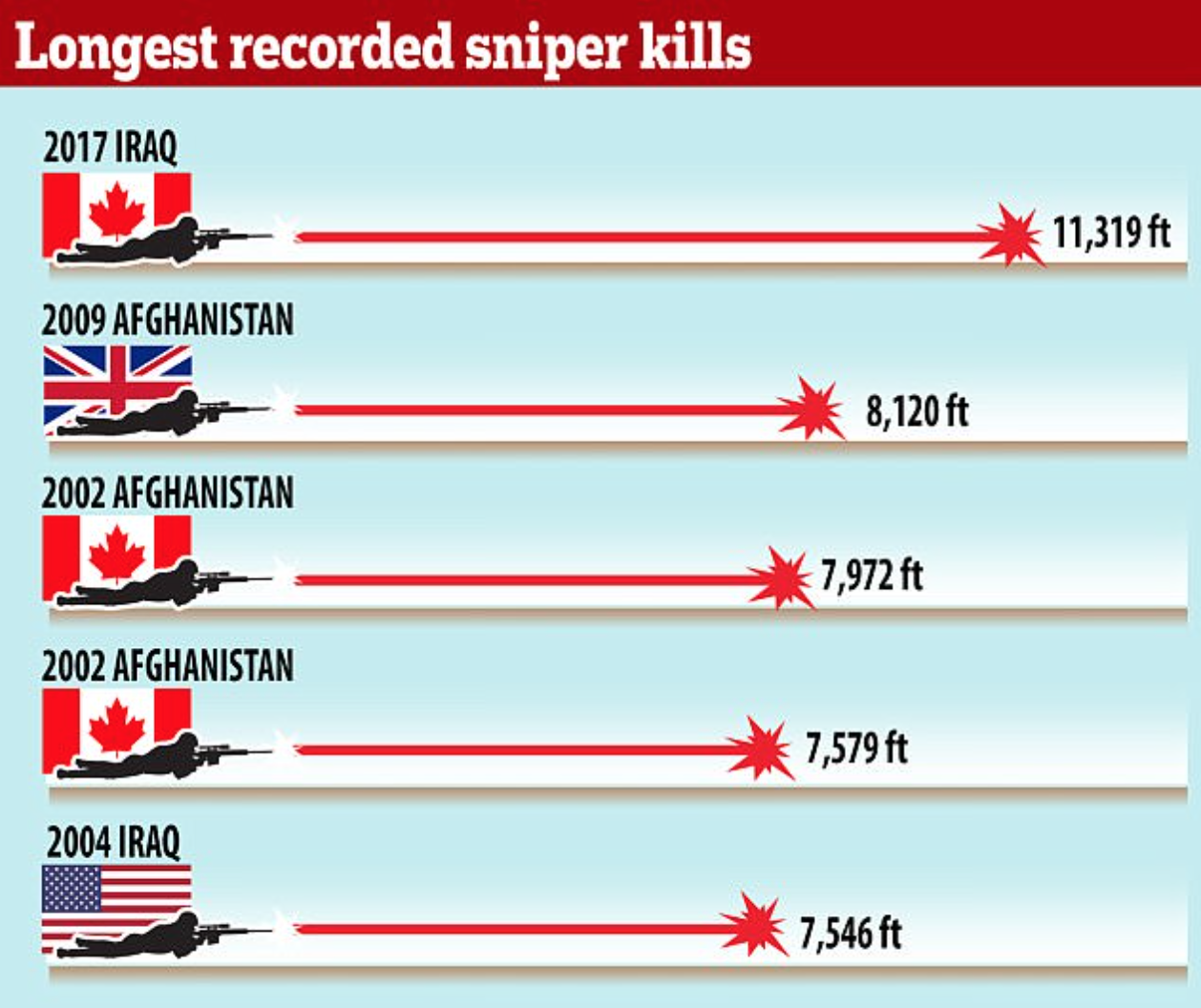 It’s no wonder, then, that the incentive to join these legendary ranks is strong. So strong, in fact, that each year, dozens of sniper teams from all around the world convene at Fort Benning, Georgia, home of the elite U.S. Army Sniper School, for the International Sniper Competition.

The 32 competing teams are drawn from the worldwide sniper community, including seven foreign teams, three law enforcement teams and 22 from the United States military. 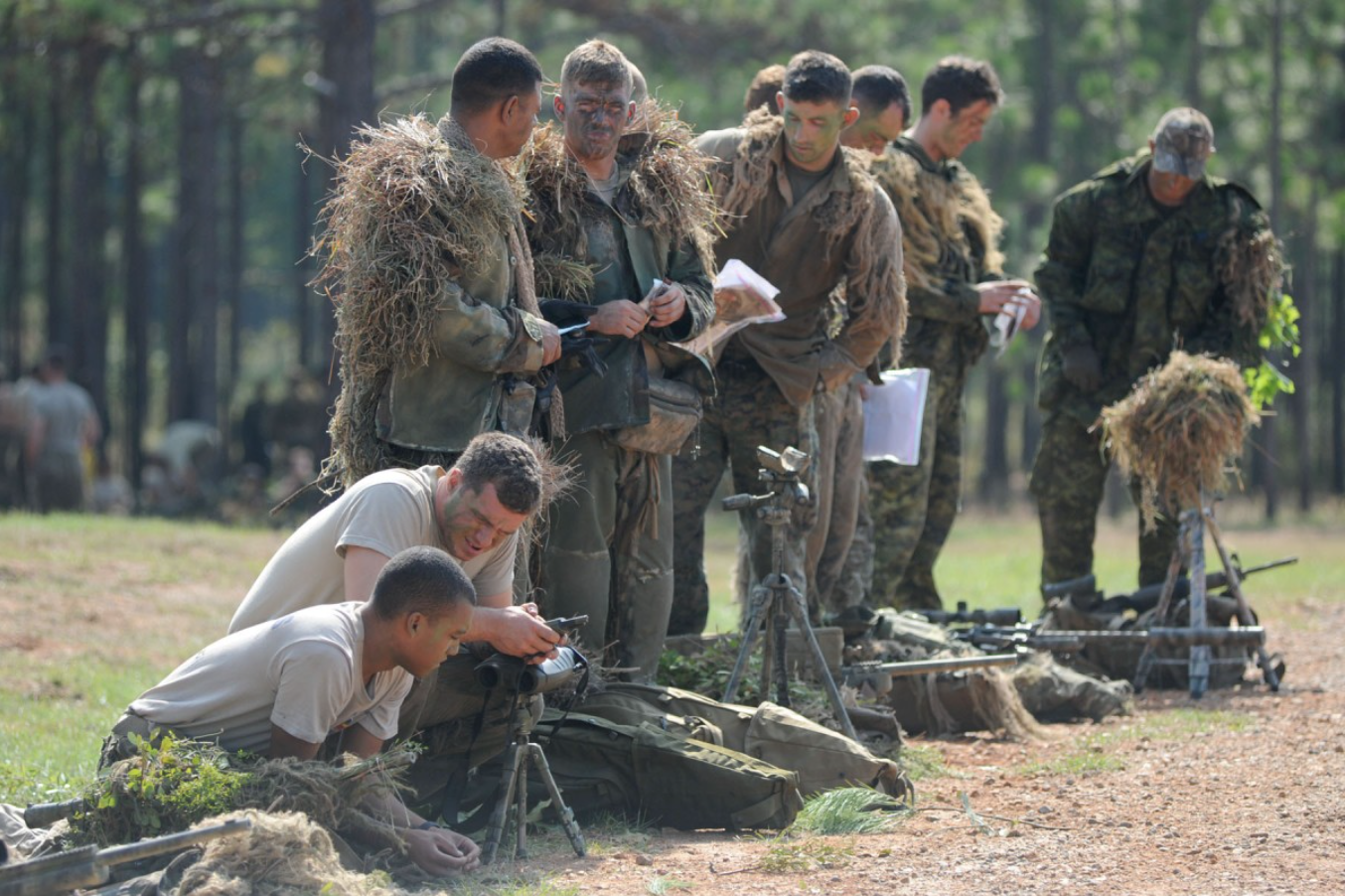 14 Stressful Events but only One Winner

In the 10th Annual Sniper Competition documentary you’ll watch below, the sniper teams are separated into two different categories, service class and open class. Service class is reserved for weapon systems firing 7.62 mm or smaller rounds, while open class is for rounds larger than 7.62 mm. 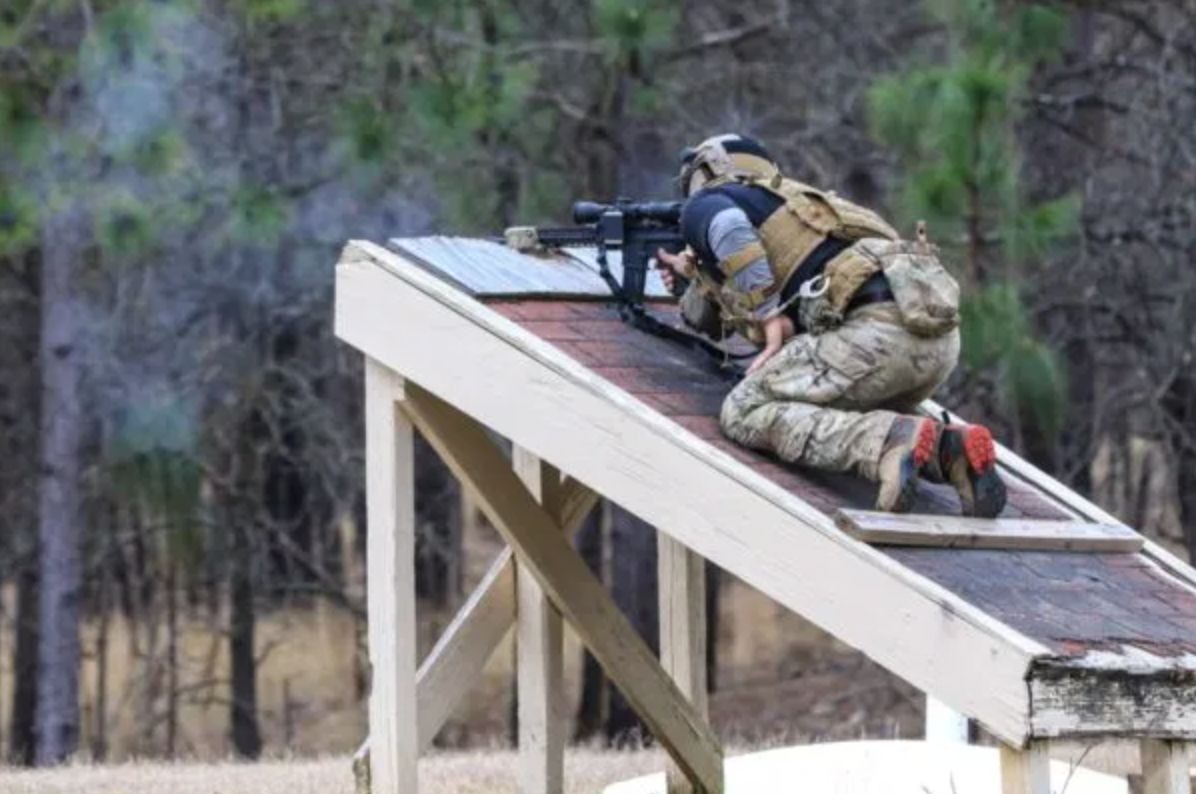 The teams must survive 14 daunting events that push their skills to the limit. From stress and urban shooting to sniper stalking, the snipers are tested in every skill necessary to eliminate the target downrange.

Who Will Claim the Prize?

It is only after all this, that one sniper team can earn bragging rights as the best of the best deadly marksmen.

I won’t reveal who claims the top spot, but ­believe me, it’s a fight to the very end.