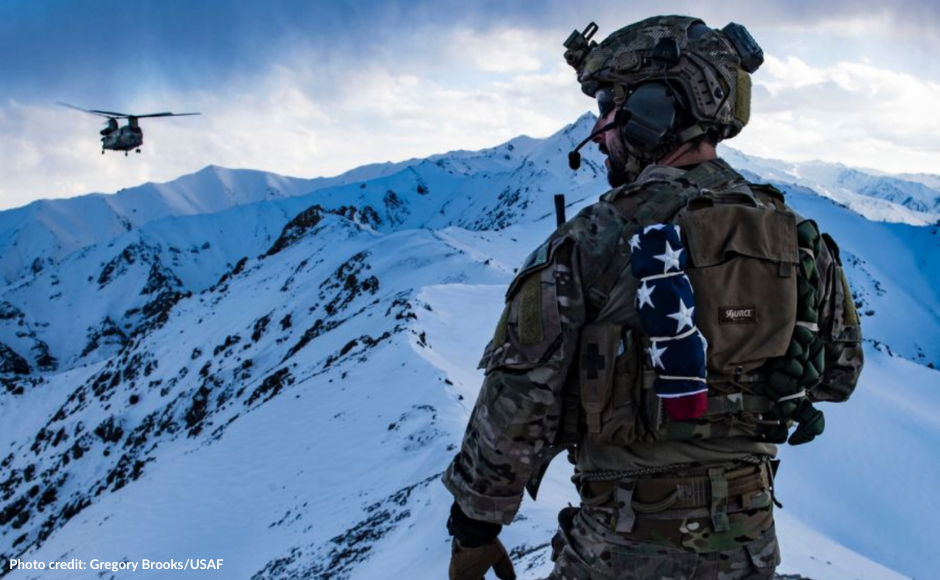 “That others may live”

These four simple, but powerful words embody exactly what it means to be an Air Force Special Warfare Pararescue specialist. Known as PJs (named after the abbreviation for “para-jumper” they use on flight logs), these experts in both combat medicine and search and rescue will go to any environment and fight through any obstacle to save troops wounded on the battlefield.

PJs are highly trained, not only as battlefield medics but as parachutists, scuba divers, rock climbers and high-angle shooters. PJs are even Arctic-trained to make them ready to access any environment where their unique skills are needed, such as the rugged snow-covered terrain of Afghanistan.

Pararescuemen haven’t always gotten the appreciation they deserve, especially compared with their better-known SEAL team and Delta Force brethren. We saw them execute their vital mission in Afghanistan through the riveting TV series, Combat Rescue, but their training has been an entirely different story.

That is until now.

Could you survive an extended training day?

It takes several years to complete every aspect of training to become a PJ. Now, thanks to the TV show, Rescue Warriors, we get an in-depth look at the longest and what just might be one of the toughest special operations courses known to man.

From the ten-week indoctrination course (with its 80 percent attrition rate) known as The Pipeline, to the infamous, 21+ hour “extended training day,” through medicine and combat diving, we see everything that these brave men endure to become the world’s best at saving lives under pressure.

Still want more? Check out the award winning documentary How to Be a PJ here: