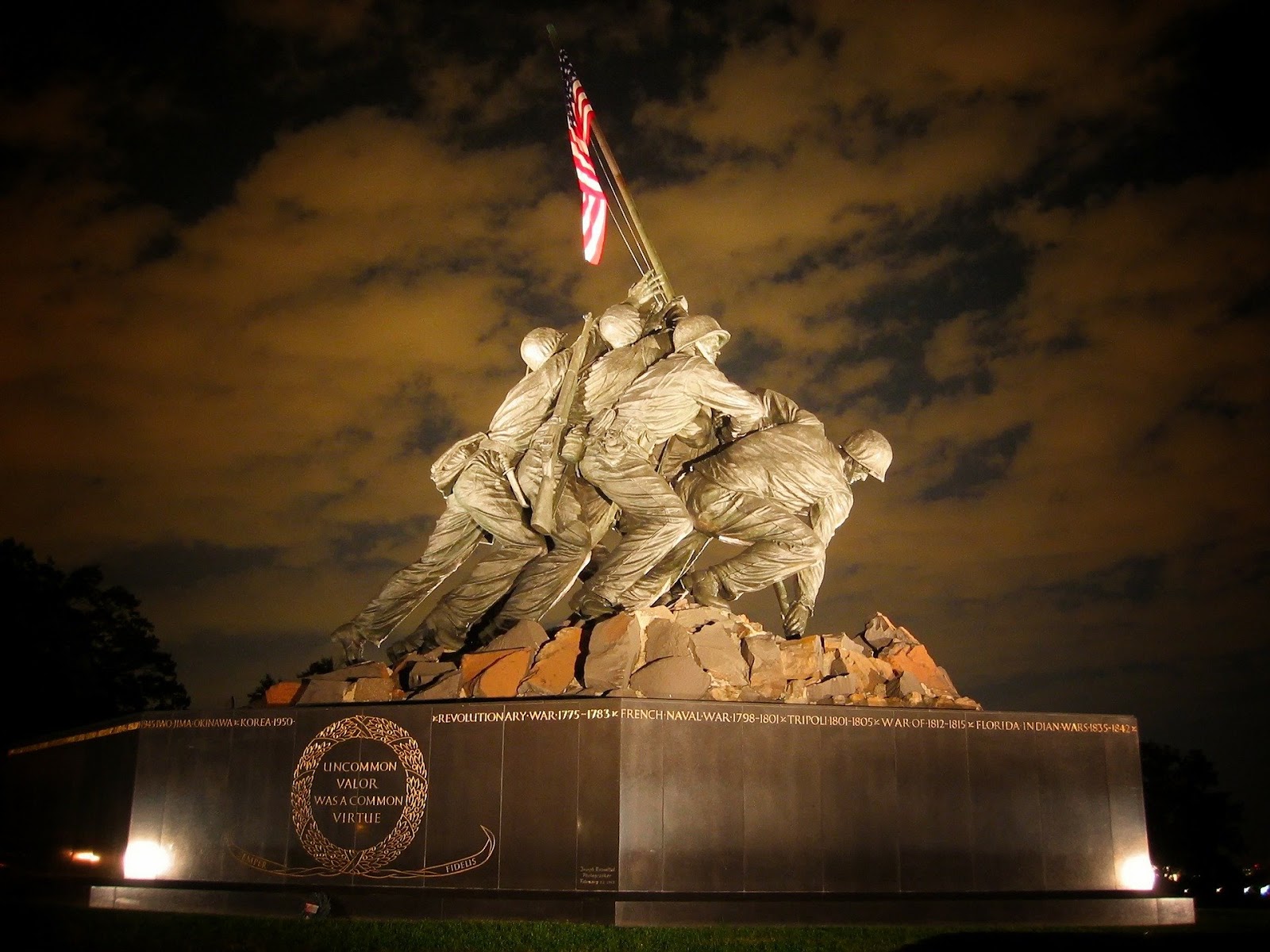 Founded in 1775 in Philadelphia by the Second Continental Congress, the USMC is older than the United States itself. Today, the Marine Corps boasts over 183 thousand active duty service members (more than 15 thousand of whom are women) who have pledged to uphold the Marine Corps values of honor, courage and commitment.

Most of us know the first verse of The Marine’s Hymn by heart, but the entire song is stirring:

From the Halls of Montezuma
To the shores of Tripoli
We fight our country’s battles
In the air, on land, and sea;
First to fight for right and freedom
And to keep our honor clean;
We are proud to claim the title
Of United States Marine.

Our flag’s unfurled to every breeze
From dawn to setting sun;
We have fought in every clime and place
Where we could take a gun.
In the snow of far-off Northern lands
And in sunny tropic scenes;
You will find us always on the job —
The United States Marines.

Here’s health to you and to our Corps
Which we are proud to serve;
In many a strife we’ve fought for life
And never lost our nerve.
If the Army and the Navy
Ever look on Heaven’s scenes,
They will find the streets are guarded
By United States Marines

So, sing it with me as we settle in to reacquaint ourselves with these five USMC film classics:

Flags of Our Fathers tells the story behind the U.S. Marines’ raising of the flag on Iwo Jima.

Watch the trailer for Flags of our Fathers here:

Full Metal Jacket tells the story of U.S. Marines coping with the dehumanizing effects of the Vietnam War.

Heartbreak Ridge is the story of a U.S. Marine who comes out of retirement to whip a group of undisciplined Marines into shape before the 1983 American invasion of Grenada.

Watch the trailer for Jarhead here:

A Few Good Men is a courtroom drama in which Marines accused of murder seek to clear their names by establishing that they acted under orders.

Watch the trailer for A Few Good Men here: