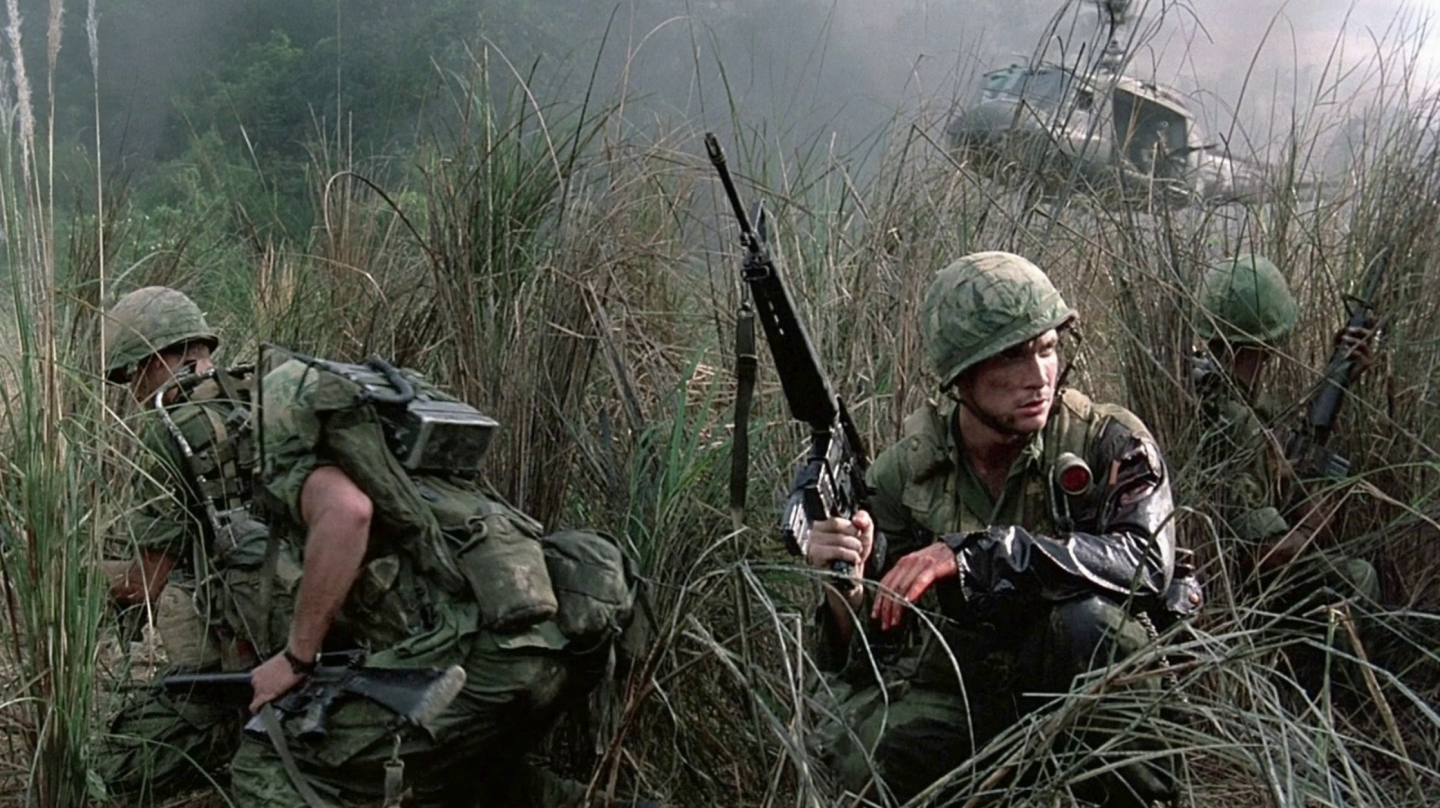 Thanksgiving 2020 was pretty different in many ways but I’m grateful that my family and I were able to stay true to one longstanding tradition: watching some great war movies together.

And when it comes to great war movies, I recommend you drop everything and watch the 1987 Vietnam War classic Hamburger Hill. It is riveting and has instantly become one of my favorites for combining incredible action, an amazing history lesson and an inspiring portrait of camaraderie in combat.

And did I mention it features a phenomenal ’60s soundtrack?

Praised for its realism at the time, Hamburger Hill tells the heartbreaking story of an infantry squad in Vietnam as they attempt to capture Hill 937 in the A Shau Valley near the Laotian border during an 11-day siege in May of 1969.

Hamburger Hill was directed by Englishman John Irvin and stars Dylan McDermott, Steven Weber, Courtney B. Vance, Don Cheadle and Michael Boatman. It’s an unvarnished look at the racial and psychological tensions of men coming together to perform an existentially absurd mission under hellish conditions.

Irvin does an incredible job of putting us in the middle of combat conditions that were appalling, to put it mildly. He contrasts the terrifying pressures of fighting a wily and unseen enemy with the small moments of grace that enable the men — a combination of seasoned veterans and raw recruits — to bond and fight another day.

The dialogue, particularly the moments of racial tension and gallows humor, sound incredibly realistic. There’s soaring patriotism, too. You’ve probably heard the line, “We don’t start wars, we finish ’em!” and this is where it’s from.

Irvin had plenty of real-life drama to work with. In fact, the actual combat conditions on Hill 937 were even more terrifying than what we see on the screen.

Narrow jungle trails opened onto fields where North Vietnamese (PAVN) forces lay in wait with prepared fields of fire. The terrain severely limited U.S. options for large arms and air support, as did the PAVN’s ability to move unseen through its extensive network of reinforced underground tunnels and bunkers.

What’s more, during the actual 11-day siege, U.S. troops suffered not one, not two, not three, not four, but five incidents of friendly fire by Cobra gunship helicopters, which killed seven and wounded 53.

But the truly incredible thing about these statistics is that within days of successfully capturing Hill 937, the U.S. abandoned it, deeming it to be of no long-term strategic military value.

Turning the Tide of Public Opinion

Those who fought on Hill 937 dubbed it “hamburger hill” because they were ground up like hamburger meat. And because of that name, the Battle of Hamburger Hill became a turning point in world public opinion.

The Vietnam War may live mostly in the history books now but Hamburger Hill will bring the war’s reality to life in hard-hitting ways you won’t soon forget.

War movie fans owe it to themselves to watch Hamburger Hill because, sad to say, its tale of fighting against a fierce, unseen enemy is the perfect war movie to finish out 2020.