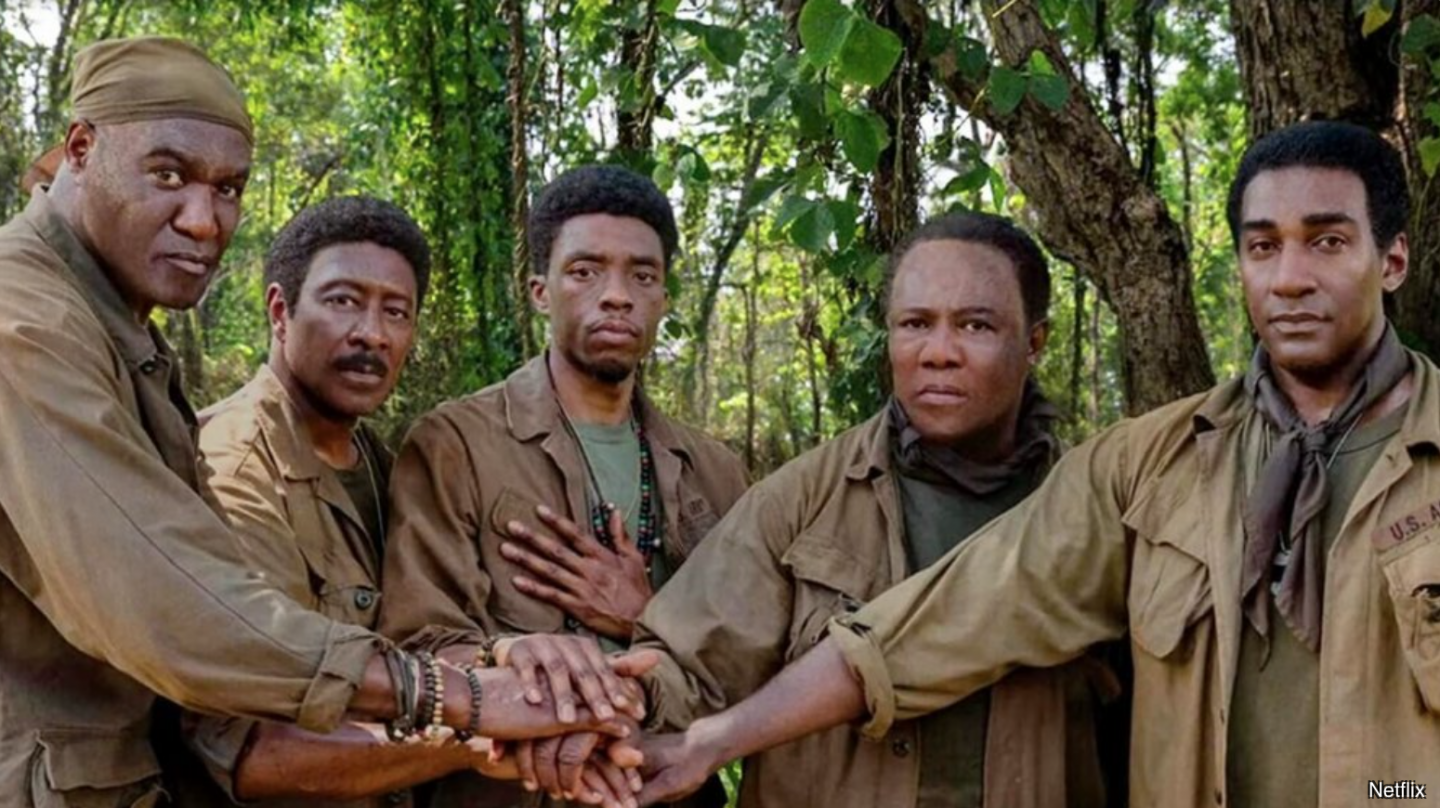 Da 5 Bloods, Spike Lee’s 2020 film about five Black Army soldiers who fought together in the jungles of Vietnam is a whole lot of movie. It’s a buddy film, a nostalgia piece, a heist caper, an ode to family values, an action-packed history lesson and a Black Lives Matter commentary — all rolled into one.

And it’s all set to a ’70s Motown score that prominently features the music of Marvin Gaye. Fun fact: the main characters’ names — Paul, Otis, Eddie, Melvin and their deceased leader Norman, who is seen in flashbacks, are named for the members of The Temptations and their producer, Norman Whitfield.

Got all that? Let’s plunge into the plot. We have a lot to get to …

We also learn that they have a LOT of unfinished business. Otis reunites with his old Vietnamese girlfriend, who reveals that he is the father of an adult daughter. Paul suffers from PTSD and has a stormy mini-reunion with his adult son. Eddie confesses that he is completely broke financially.

But those discoveries pale in comparison to the real reason the group has returned to Vietnam: Back in the day, the bloods were dispatched to secure the site of a crashed CIA plane, which was carrying a cargo of gold bars intended as payment to the locals fighting the Viet Cong.

The Bloods had found the gold and taken it, intending to repatriate it to their families and Black brethren back home in the U.S. But after burying their stash, the group was attacked, Norman was killed and in the chaos, the Bloods couldn’t find where they had hidden it.

Now, the hunt is on and, this time, the Bloods have plenty of company to “help” them in their search. Eventually, they find both the gold and Norman’s remains, but the caper is just heating up.

There are land mines, grenades, corrupt villagers, hostage situations and visions of dead people yet to come.

Should You See It?

Do I recommend Da 5 Bloods? You bet I do! It’s a chaotic mess with plot enough for five more movies, but it’s a wildly original, good-hearted mess with nonstop action.

What’s more, Spike Lee has filled it to the brim with redeeming messages about brotherhood, loyalty and the importance of family. Da 5 Bloods shows good men who have struggled but come out victorious against the passage of time and that is no small achievement!

Watch the trailer for Da 5 Bloods, now streaming on Netflix: