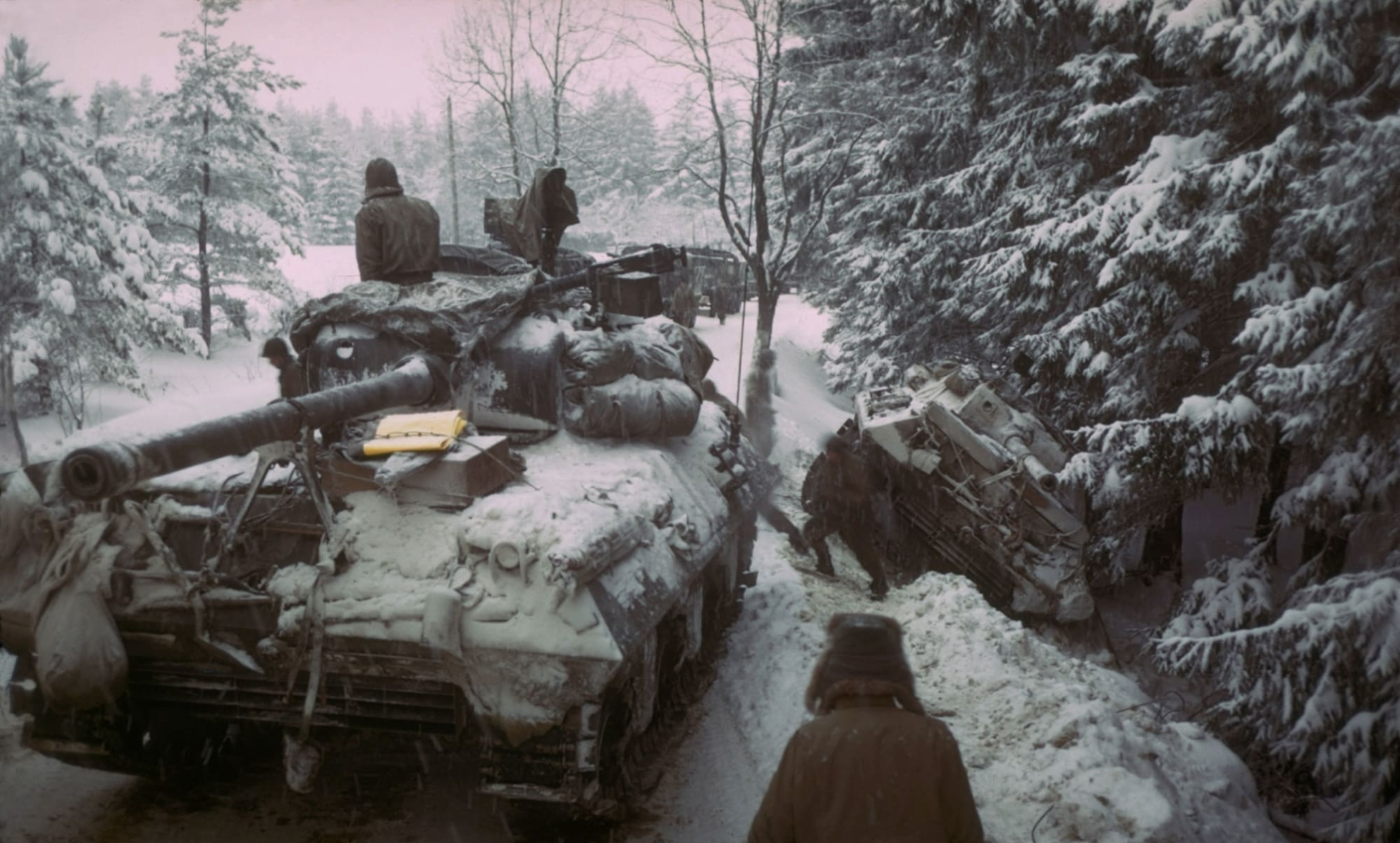 Even though I live in one of the snowiest states in the U.S., it always amazes me to consider how many battles throughout history have been fought in wintery, freezing conditions.

From the Boston Tea Party of 1773, to Washington crossing the Delaware on Christmas Day of 1776, to the Pearl Harbor attack of December 7, 1941, December has seen more than its share of conflict for U.S. troops over the centuries.

And tomorrow — December 16th — is a key date, too. It marks the 73rd anniversary of the Battle of the Bulge, Germany’s last stand against the Allies during WWII.

The “bulge” isn’t a place, but rather the name given by war correspondents to describe the massing of German front-line troops along one particular area of the Western Front. That area was the thick forests of the Ardennes region of eastern Belgium, northern France and Luxembourg.

The Germans surprised the Allies on the morning of December 16, 1944 when they took advantage of snowy and overcast conditions to attack a weakly defended and poorly reconned section of the Allied line.

The Battle of the Bulge lasted through Christmas and New Year’s until well into January — 41 days in all. It was the bloodiest battle of WWII. Over 89,000 US troops were wounded and about 8,600 killed.

So as you hug your loved ones and sip your eggnog this holiday season, here’s a wonderful documentary, Battlefield Detectives: Battle of the Bulge to remind you of the brave troops whose Christmas in the Ardennes Forest gave you the gift of freedom you enjoy today.

Watch the documentary in its entirety here: