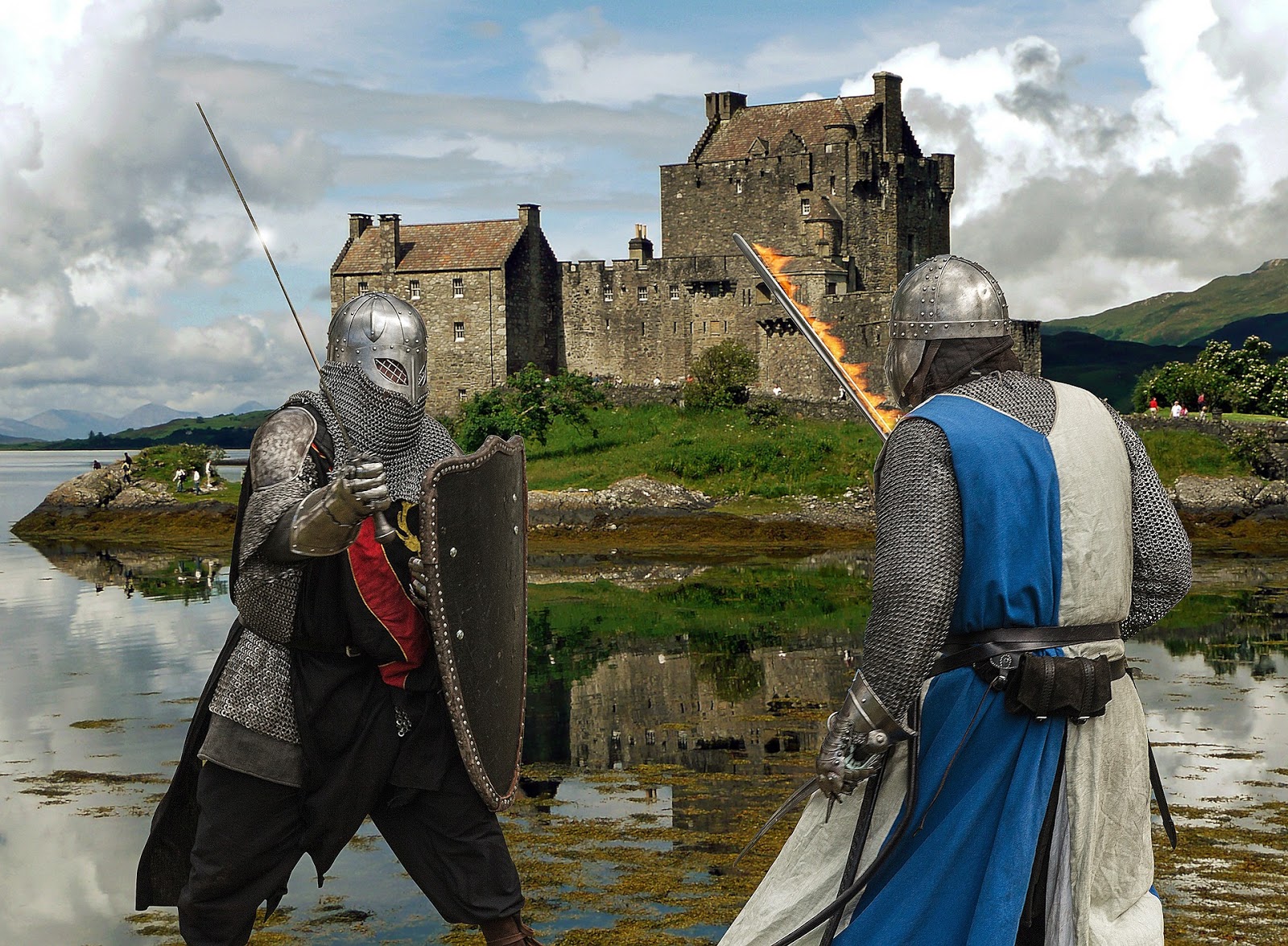 Return with the War Movie Correspondent to yesteryear for this post about great sword battles!

Who needs guns for edge-of-your-seat action? Check out my top five Battles Without Bullets!

It’s Spartan smackdown time as the Spartan 300 take on the Immortals, from invading Persia.

Fast forward 18 centuries to 13th-century England where a brave band of Knights Templar are defending Rochester Castle against the ruthless forces of King John.

There’s no place like Rome for battle number 3 as General Maximus leads his centurions against a rebellious Germanic Tribe in the ancient Roman Empire.

Number 2: The Lord of the Rings: The Two Towers

Don’t you hate it when you’re outnumbered 10,000 to 1 in Middle Earth? Well, Legolas, Gimli and Aragorn sure do as it’s them and 300 soldiers against 10,000 Uruk-hai at the Battle of Helms Deep.

And the Number 1 movie sword fight of all time: Braveheart

This is arguably the highlight of Mel Gibson’s career as he plays Scottish freedom fighter, William Wallace in one of the most stirring battle scenes of all time!