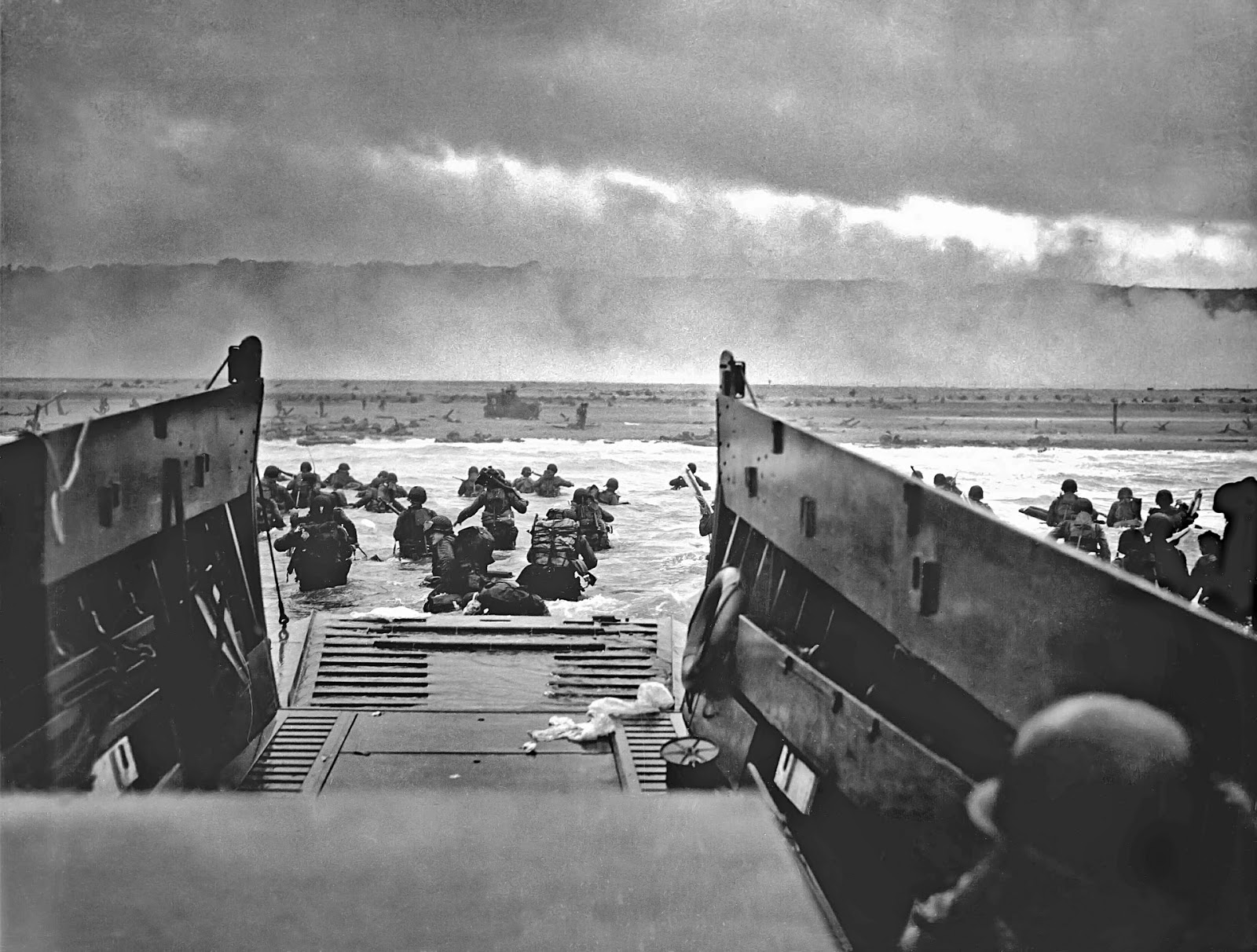 Today is the 75th anniversary of D-Day, the turning point of the war in the European Theatre. As I planned to mark the day with a new blog post, I realized that I really couldn’t improve on what I wrote last year. So I bring it to you again, with the hope that you’ll rewatch at least one of the classic war movies below.

The 75th Anniversary of D-Day: The Eyes of the World Are Upon You

June 6, 1944, when the Allies invaded the beaches Western Europe at the beaches of Normandy was the largest amphibious assault in the history of war.

The weapons and tactics of war have changed so much since then that it’s hard to imagine that when Supreme Allied Commander Dwight D. Eisenhower told his troops that “the eyes of the world are upon you,” he was talking to a bunch of hastily-trained, terrified 18-year-olds.

But they put aside their fears and got the job done and now we owe those brave young men of the Greatest Generation our lives and freedom.

The Best of D-Day on Film

Over the years, many filmmakers have tried to capture the sweep of history and the human drama that intersected and played out on those Normandy beaches. Here are four of my favorites:

Here’s another from Spielberg, this time following the D-day adventures of Easy Company, the 2nd Battalion, 506th Parachute Infantry Regiment, 101st Airborne Division as they fight inland from their landing behind enemy lines in France.

In many ways, this film seems quaint by today’s standards, though it broke ground at the time by using both Allied and Axis servicemen as technical consultants. It also seems to have employed every major actor working at the time: Watch for John Wayne, Robert Mitchum, Richard Burton, Sean Connery, Henry Fonda, Rod Steiger and Robert Wagner, to name just a few.

The Longest Day is short on the chaos of war but long on leadership. They don’t make ‘em like they used to. Note that the original film was in black and white and a colorized version was released to mark the 50th anniversary of D-Day.

Watch the D-Day invasion scene of The Longest Day here:

Think of this made-for-TV movie as a prequel. It’s not an action film but focuses on the planning that went into D-Day. If you love military tactics and inspiring pep talks , you’ll love this.

Tom Selleck as Ike takes a little getting used to, though I think he did an excellent job. And the Brits are played by Brits and the Americans by Americans so there’s an effort at historical accuracy, especially depicting Eisenhower as a man with the weight of the world on his shoulders.

Watch Ike address his paratroopers in this scene from Ike: Countdown to D-Day: