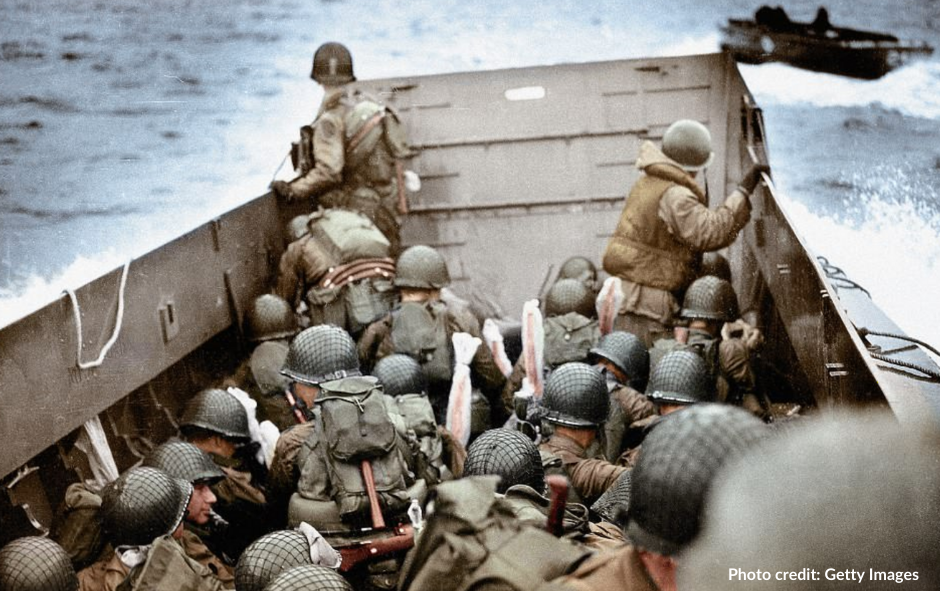 D-Day began the liberation of Nazi-occupied France and laid the groundwork for victory over the Germans on the Western Front.

But this year, for only the second time in post-WWII history (the first was in 2001 after 9/11), France has made the decision to cancel its public D-Day tributes, this time due to the global Covid-19 pandemic.

Which got me to thinking … there are so many inspiring movies about D-Day, why not commemorate the Normandy Invasion virtually right here on The War Movie Correspondent?

To that end, I have curated five different takes on the drama of D-Day, from the classic to the romantic to the Nazis as mutant Zombies. Whether you watch just one or all five, may you honor those who paid the ultimate price for your freedom to choose.

Hear the unfiltered recollections of those who landed at Normandy that fateful day.

With an all-star cast ranging from John Wayne to Richard Burton to Sean Connery, The Longest Day is pure theater, but very effective theater.

War buffs need not apply, but Mom will love this one. Don’t hold your breath waiting for scenes of Omaha Beach.

Zombie Nazis as only J.J. Abrams can conjure them. Surprisingly satisfying.