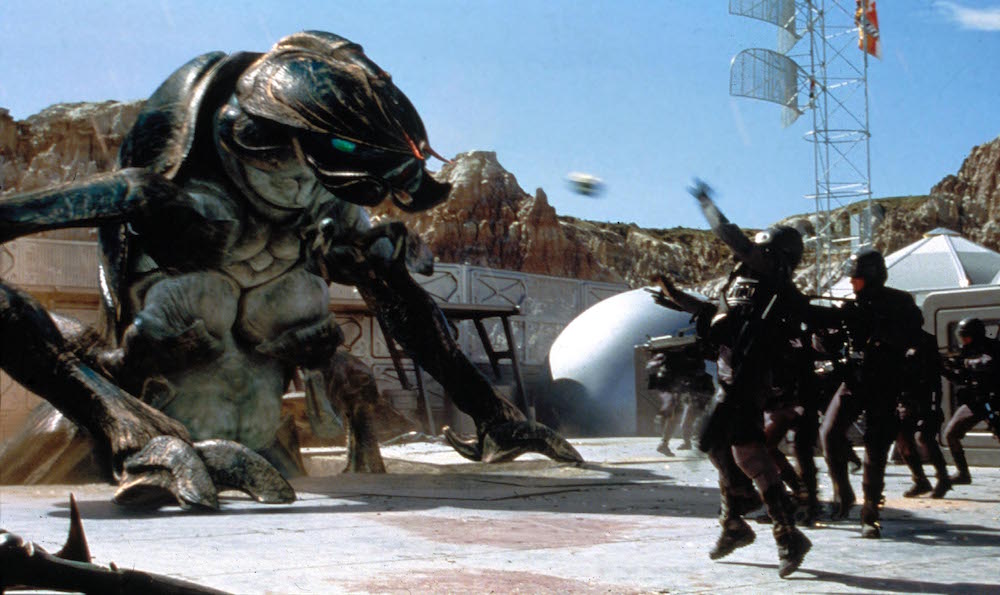 A couple weeks ago, here on The War Movie Correspondent, I talked about the brand-new film, Rambo: Last Blood and its status as a guilty pleasure.

Which got me thinking, what other great war movies can fit into that same category? You’d be surprised.

Here are three of my favorite war movie guilty pleasures:

In the not-too-distant future, the citizens of Earth find themselves in a war with group of alien races. The alien’s sole purpose is to eradicate all human life. The Mobile Infantry use their superior weaponry to destroy the aliens, planet by planet. But will it be enough to survive?

Check out the trailer for Starship Troopers here:

John Matrix, an elite former soldier does his best to live a quiet life with his daughter and put his war career behind him. But he is thrust back into action when a crazed former dictator, Arius, kidnaps his daughter. The ransom is for Matrix to assassinate a government official and put Arius back in power.

Matrix ignores this and instead wages war on Arius and everyone else connected to his daughter’s kidnapping.

Check out the trailer for Commando here:

The speculation about whether there is intelligent life in the universe ends abruptly when aliens invade Earth. The Aliens wipe out armies worldwide and the world cities fall. A platoon of Marines makes a stand in Los Angeles and tries to spearhead the resistance.

Check out the trailer for Battle: Los Angeles here:

Those are just a few of my favorites. Do YOU have a war movie that’s on YOUR guilty pleasure list? Let me know in the comments!